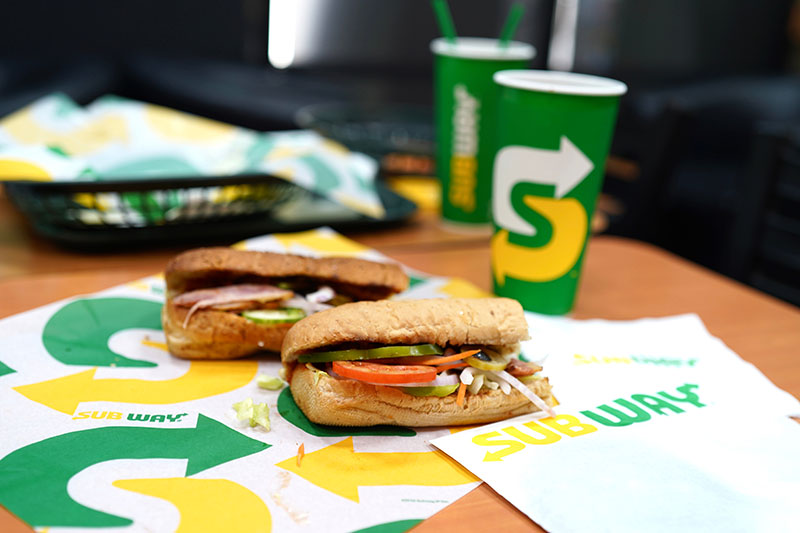 Subway recently announced its largest menu update in the brand’s history, calling it the “Eat Fresh Refresh” by “making improvements to almost every core menu item and introducing important digital upgrades that elevate the guest experience.”
The changes focus on attempts at the premiumization of ingredients, including upgrades to its Italian and Hearty Multigrain breads. In addition, Subway will now offer smashed avocado with sea salt, BelGioioso Fresh Mozzarella, and a new Parmesan Vinaigrette.
Beyond menu changes, Subway is introducing tech upgrades, including Subway Delivers by DoorDash, a service available through the company’s website and app. The service will ultimately be available nationally as part of Subway’s continued efforts to simplify the digital ordering experience.
The refresh has drawn critical commentary from a variety of sources, including the Washington Post, which noted, “We tasted sandwiches from Subway's supposed makeover, and it's more of the same.”
In a move sure to draw even more commentary, NFL quarterback Tom Brady, who we’ve described in detail as following a profoundly health-conscious diet, has apparently signed as a spokesperson to endorse the brand. Per Sports Illustrated at si.com, “Bringing the notoriously health-conscious Brady on board makes sense for Subway as it tries to rebuild its image as a healthier alternative to other fast food. The chain is dealing with a couple of unsavory controversies over the content of its food. A New York Times analysis earlier this month found that Subway’s tuna contains “no amplifiable tuna DNA” and Ireland’s Supreme Court ruled last year that its loaves contain too much sugar to be legally considered bread.”
The move to refresh fresh comes on the heels of Subway boasting for years about its low-fat- driven Eat Fresh healthy menu, but as Chipotle and others redefined “Fast Food” to “Fast Casual,” the sandwich giant has had a hard time adjusting to food culture’s redefinition of fresh and healthy; consequently, along with a few scandals in its history, the chain’s sales dipped sharply.
Specific to the topic of fresh and healthy, we’ve been describing “fresh wars” in the fast-food/fast casual restaurant channels for years and noted in 2013 “[The notion] that fast-food chain restaurants have to convince consumers that their product is "fresh" is an inherent problem that marketing jingles alone cannot solve. Consumers' perceptions of fresh extend far beyond chain restaurants' production lines and drive-up windows. When a restaurant can match consumers' expectations for fresh products (e.g., tastier, healthier, higher quality, locally grown, natural, real), then consumers will give that restaurant the license to sell "fresh."”
Today, competition is stiff in the fast casual marketplace, and Subway’s late-stage rebrand may be buoyed only by its sheer number of physical stores. It is the largest fast-food chain in the United States, followed by Starbucks and then McDonald’s.
Stay tuned as we watch this space to see if Subway can connect with younger consumers and recapture its role as a fresh-food leader.
More information:
Infographic: The FRESH Factor in Food Culture Today
Infographic: The Premium Growth Factor
Article: Selling fresh, but are consumers buying it?