Going Premium in a New Era of Premium 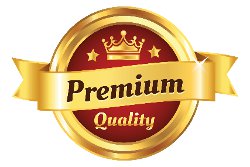 In the mid-twentieth century, Americans were mostly concerned with calorie intake and satiety, and consumed traditional flavor profiles and foods. They ate mostly meat-and-potatoes meals common to pre-WWII America, and they were largely happy with this. Eating differently did not confer social status, and dietary change was not seen as a serious tool for healthy living.

For a food manufacturer, attaining "premium" status was simply a matter of branding the food well (i.e., making it more desirable than other brands and asking a higher price). At the time, people were infatuated with brands and more easily accepted loose arguments for premium status from a manufacturer.

However, as American food culture changed in the late twentieth century, a new set of criteria emerged from a more food-centric society.

Over the past twenty years, the food industry has experienced a mind-boggling shift in food-shopping behavior that traditional economics and pricing theory cannot explain. Even ordinary middle-class consumers, at the right time, are now willing to pay 50-400 percent more than the category average for what Wall Street typically views as commodities.

Today, the new premium requires that manufacturers make concrete arguments for higher-quality status based on nuanced production and sourcing criteria specific to the category in question.

How do you make a food premium in the new era of premium? It entails heating up a category through detailed product design that uses rare production and sourcing methods to:

In 1990, coffee executives could not have foreseen the havoc Starbucks was about unleash. Up until this time, Americans consumed coffee every morning but mainly appreciated it as a source of caffeine. It was not consumed as an indulgent flavor experience.

However, with the Starbucks roasting and 100 percent Arabica-bean revolution, companies were able to convince consumers that traditional coffee was different from "high-quality" coffee. They successfully argued that their coffee had distinct sensory qualities and featured complex aromas with intriguing narratives.

Waffles, on the other hand, have never enjoyed this success. At first glance, it seems like they could have. Like coffee, frozen waffles were an established breakfast category, and many people ate them every morning. So the category had familiarity on its side.

But unlike coffee, there has not really been significant innovation or new symbolism with waffles. Most innovation has related to borrowing healthy attributes from other grain-based categories and inserting them into the products. Consequently, people still see waffles as a relatively unexciting staple food that is mostly a 'kid thing.'

So coffee continues to grow a vibrant premium market segment, fueled by continual artisanal innovations, while frozen waffles tread water, both culturally and from a sales perspective.

What About the Future? 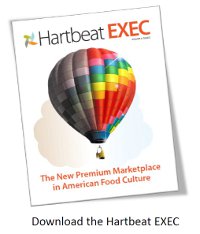 Can we predict which undeveloped food categories could eventually yield large premium segments in the future? Prediction may not be appropriate, but we actually are confident about a few categories that are underdeveloped in both their sensory and symbolic cues of quality.

Let's look at just one:

Right now, center-store packaged olives at your neighborhood supermarket are relatively uninteresting. They come mostly in cans. Some people put them on pizza and submarine sandwiches. Hardly anyone eats them casually as a snack, as they are consumed throughout Europe.

However, olives are a remarkable, untapped world of symbolic distinctions, connected to multiple geographies, Old-World histories, ritual eating experiences and highly nuanced flavors. Like coffee and wine, olives are the end result of complex chemical transformations and harvesting decisions that have roots in millennia-old traditions in Italy, Greece and Spain.

Olives, therefore, have enormous potential in the new premium marketplace.

As a food industry leader, it is an auspicious time in American food culture to enter the new premium marketplace. The questions really are: when and how?