Has the Fizz Gone Out of the Hard Seltzer Market? 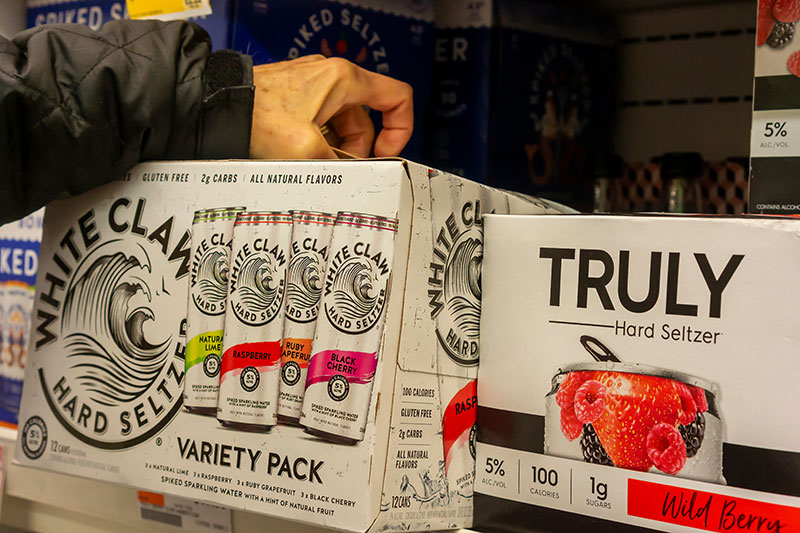 While it looked like growth in the burgeoning hard seltzer market might be a repeat of the surge in household penetration achieved in 2020, according to Boston Beer (which, along with the brand White Claw, accounts for 70% of the market), sales have gone flat.
As reported via CNN, “The once unstoppable growth of hard seltzer has gone flat. That warning is coming from Boston Beer, the creator of Truly Hard Seltzer, which said that popularity of the low-calorie drink has faded. Boston Beer founder Jim Koch said that the ‘hard seltzer category and overall beer industry were softer than we had anticipated.’ He added that the seemingly endless arrival of new seltzer brands is causing ‘consumer confusion’ and fewer people are trying the once-hot beverage.”
Adding further detail to the story, Boston Beer President and CEO David Burwick noted via Reuters that “Fewer new people are starting to drink hard seltzer, with a 7% increase in household penetration so far this year compared to 73% in the same period in 2020. As the pandemic wanes, more people are going out, where beer still reigns.”
The news comes as the $4.5 billion hard seltzer category finds new competitors, differentiating themselves from the largest brands by flavor profiles, sweetener type, alcohol content, alcohol type, and functional inclusions, among other attributes. Smaller brands are finding other opportunities through distribution to convenience stores, independent retailers, and restaurants, but brand founders predict a period of consolidation in the coming years as the market splits along mass and premium lines of growth and retailers hone their offerings to better reflect customer preferences.
Hartman Insights:
As a serious challenger to established alcohol markets, hard seltzer sits at an interesting confluence of trends, with many younger adult consumers exploring new types of flavorful and functional alcohol options even as so-called “sober curious” consumers limit their alcohol consumption or eschew it entirely. By positioning the format as a better-for-you, gluten-free option with fewer calories than standard beer that is appealing to all genders, hard seltzer brands represents a lighter approach to alcohol consumption that is appealing to consumers looking to reset less-than-healthy habits that many established during the pandemic.
Despite slowing sales, the appearance of functional attributes within the category (e.g., botanicals, antioxidants, and natural juice flavorings) as well as the emergence of adjacent categories with naturally functional properties, such as hard kombucha and hard coffee, points to a quickly maturing market that is broadening its appeal across multiple consumer needs, occasions, and segments.
Further Reading:
Blog: Millennials and Alcohol: It’s Quality Over Quantity
Article: Beverage as Snack: The Expanding Role of Beverages in Everyday Life
Blog: Innovation in To-Go Cocktails Highlights Unanticipated Pandemic Opportunities for Restaurants, Breweries and Bars