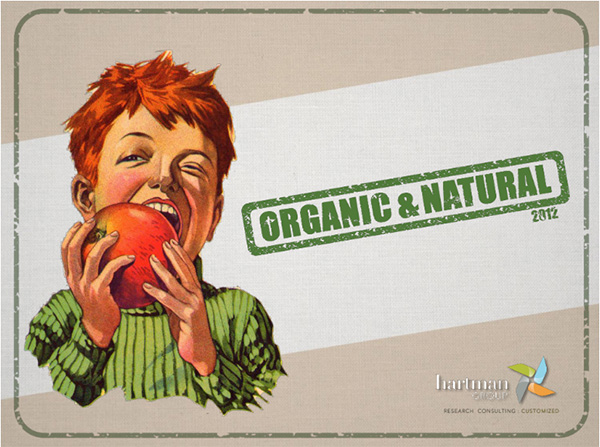 Although many consumers who eat organic food have long believed it is healthier, the research has been mixed. Last week for the first time, a major study published in the journal PLOS One found clear-cut evidence of an organic product having a nutritional advantage: Whole milk from organic dairies contains more heart-healthy omega-3 fatty acids than traditional milk, because the cows making organic milk spend time grazing on pasture. The news is a boost for organics, which have lost some of their healthy-food associations as they have gone mainstream. These days, 74 percent of U.S. consumers buy organic products, which are sold everywhere from Safeway to Wal-Mart.

One reason organic food is no longer closely tied to good health in consumers’ minds is that they see so many processed organic foods with sugar, corn syrup and unidentified ingredients. People also distrust the purity of organic food now that it is widely available. Although 64 percent of consumers still believe organic means no pesticides, they voice growing uncertainty about whether mainstream companies can do organic correctly. They also wonder whether big companies are influencing the U.S. Department of Agriculture’s organic labeling criteria, causing them to be less stringent. Only 14 percent trust the label completely, and 40 percent trust it “for the most part.”

Despite the barrier between organic and healthy food eroding in the marketplace, people continue to buy organic fresh, whole foods—incidentally, the same food they lean toward in the non-organic arena as well. It is through whole foods that many people first get to know organics. These “gateway” foods, as The Hartman Group calls them, are led by organic vegetables, which were the starting point for 24 percent of shoppers who now buy organics. About 17 percent started with organic fruit, and 12 percent first bought organic dairy products. As consumers become more deeply involved with organic and natural foods, they still prioritize spending on produce, dairy and meat—with many saying they wish they could afford organic meat. They are less consistent about buying boxed, canned and frozen organic food, which are also the most susceptible organic categories to price comparisons and sale shopping.

When people talk about organic now, they often mean products that are better for people and for the planet—not just for themselves personally, as they saw it initially. They associate organic broadly with children who are not obese, workers who are paid a living wage, animals that are raised humanely and benefits to more than the bottom line—for example, fewer pesticides in the environment. In buying organic products, consumers want to know that the companies they buy from share their wider values. Trust is a major issue with organics, with shoppers relying heavily on retailers they trust to vet the health and labeling claims of organic products.

While the meaning of organic has become more diffuse, the term “natural” is experiencing renewed significance. Just as “organic” had no government or industry standard for years, the word “natural” has no such grounding now. It could mean literally nothing except a word on a box, and consumers are aware of that. They want to know the story behind both organic and natural products, to see if those products align with their values. But what natural means to them, when they trust it, are foods and beverages with few ingredients and little processing. “It’s the simplest form—untainted,” one consumer said.