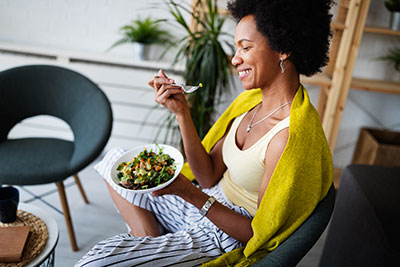 For over 20 years The Hartman Group has been examining the complex cultural and social relationship between consumer eating behavior and connections to the term "diet" (as well as linked topics like obesity and weight management).

In 2004 we conducted a deep dive study of consumer perceptions of obesity (Obesity in America: Understanding Weight Management from a Consumer Perspective). At the time, we found that most Americans did not accept the term obesity in relationship to themselves, only other people. It was also the middle of the Atkins diet craze, or the tail end of it. America had not yet overcome its approach to weight loss through crash dieting.

In 2017, we revisited the topic, and found that we were encountering a very different cultural landscape. For consumers, weight management at that time was increasingly not as much about short-term efforts as it was about permanent dietary alterations that appeared to threaten sales of some very entrenched American food categories (e.g., fast food, candy, soda).

Fast forward to today, and sample insights from our soon to be released Modern Approaches to Eating report (due out June 30, 2022), include the observation that eating approaches in 2022 reflect consumer identity and values, and are shaped by larger cultural contexts including, but not limited to, weight management.

Preview insights from the new report finds that historically consumers have strongly associated health and healthy eating with weight and body size, resulting in a complex relationship to the word “diet" (a topic we also highlighted in a recent podcast peek at the Modern Approaches to Eating report).  While the term diet can refer both to the way that a person eats as well as a restrictive eating approach oriented toward weight loss, it has a strong tendency to lean toward the latter in consumer parlance.

However, as consumers become increasingly open to the idea that weight may be less central to health than once believed, the term “diet” and the act of adhering to a specific eating approach may become increasingly decoupled from explicit goals of weight loss. However, most consumer still bring a degree of intentionality to their eating with over a third of consumers subscribe to a clear set of rules about how to eat, and most remaining consumers at least maintain a consistent approach from day to day (Figure 1).

Figure 1: “How Would You Describe Your Approach to Eating?”
(Level of Intentionality Around Eating Approaches) (Click to Enlarge)

Note: Percentage differences due to rounding

Modern Approaches to Eating observes that eating approaches today are among the key ways that consumers seek to influence their own health. In particular, consumers tend to view the healthiest foods as those that are fresh and subject to the lowest possible levels of processing. While specific eating approaches that consumers pursue in the interest of health vary enormously, a desire for foods that convey these fresh, less processed cues remains quite consistent across approaches.