Food culture year in review: 2013, the year of disruption 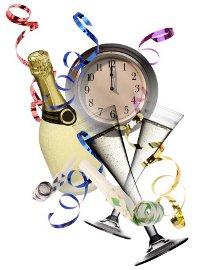 It’s that time of year when The Hartman Group takes stock of what we’ve learned in day-to-day interactions with consumers and views it all through a broader lens—and this year was a doozy.

The year’s headlines reflect how disruptive it has been for the food business: Kroger said grocery shoppers became more unpredictable in part because of food-stamp benefit reductions. Wal-Mart reported a decline in packaged food sales and expectations for a flat holiday season. Amazon got more into groceries with a long-awaited expansion of its food home-delivery business—and freaked everyone out with a plan to someday deliver lightweight items using drones. The idea sparked a fresh idea from Stephen Colbert, who suggested the online retailer instead open “spending habit opportunity spaces”—S.H.O.P.S.—where consumers could buy goods in person.

The disruption was apparent at the household level, too. Consumers are increasingly aware of the food they eat, which makes talking to them more fascinating than ever. Here’s our list of seven trends that disrupted food culture in 2013.

These disruptions are ongoing, but 2013 was a year of unprecedented movement in many of these directions. Stay tuned for more as early in 2014 The Hartman Retainer Services team releases its annual trends report!

All of us at The Hartman Group wish you the happiest of holidays! We look forward throughout the New Year to bringing you more amazing facts and insights into the ever-changing and evolving worlds of consumers and culture.