What Happened to the Food? An Awakening from Ramsay's Kitchen Nightmares 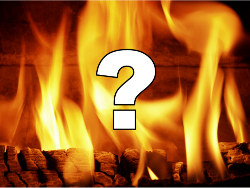 If you’ve followed The Hartman Group for any length of time, then you know that we often talk about the places where food is becoming more prominent in our culture, but it's equally important to highlight the places where it's fading into the background. One glaring example of a disappearing act is the blossoming absence of food in multi-Michelin-starred Gordon Ramsay's TV show, Kitchen Nightmares.

I started watching Kitchen Nightmares back in Market Hostel Common Room in my university days in England (2004). As we sat in our uniforms of robes and slippers, eating the curry or pasta we'd just whipped up on a single-ring burner, we would give ourselves up to the unfailingly compelling (and identical) emotional roller coaster every episode has to offer:

Back then, it felt like Kitchen Nightmares was really a food show with an innovative twist—an insight into the ups and downs of the restaurant industry and the significance of good management (not just culinary inspiration) to food's success. It also felt like a new idea, before copycats Restaurant Impossible (featuring Robert Irvine on the Food Network) and similar jumped on the bandwagon. However, if you watch Kitchen Nightmares today (as I still do, eight years later, in its U.S. format), you'll find that Step 4 of the narrative arc is a rather sad and shriveled version of its former self. The production of the new menu—the focal point for the food in the show—is really just an afterthought. Ramsay wheels out the dishes of the new menu with a 'ta da,' in the same way as he reveals the restaurant's interior makeover. You might get a throwaway comment around the food's sourcing and authenticity, but no real engagement in the process or production.

The fading significance of the culinary context really hit home when Ramsay's latest show aired last year. Hotel Hell follows exactly the same model as Kitchen Nightmares but (you guessed it) in hotels rather than restaurants (compare it to Hotel Impossible for another flavor of the format). With the focus on the folks, not the food, the Ramsay magic can really be reworked for pretty much any hospitality industry context.

And is that really a problem? Don't get me wrong, I'm a big fan of the burgeoning behind-the-industry-scenes genre — I'll eat up an episode of Tabatha's Salon Takeover, Undercover Boss, Mary Queen of Shops (UK), or Alex Polizzi: The Fixer (UK) any day of the week. As the TV manifestation of our growing cynicism for polished industry exteriors, our love affair with entrepreneurialism, and an all-too-human love of catching people out, it makes great television. However, in this world where people are salivating over their TV sets more than ever, I can't shake off the idea that Ramsay is missing a trick by fully reinventing himself as business consultant rather than reigniting his passion as a chef. Arguably, he’s covering his bases with other shows in his full repertoire, such as MasterChef and Gordon Ramsay’s Ultimate Cookery Course (UK), but it still feels a little like he’s starting to slip into many of the same traps as those restaurant owners whom he so noisily critiques, forgetting why they got into this game in the first place, losing pride in their expertise, and, frankly, getting lazy.

So, my two cents: don't re-enliven the show by changing up the show's industry focus (the "people-are-tired-of-restaurants; let's-do-hotels" model), but dream again of the kitchen and the local culture and food, and celebrate those instead.

PS. If you're curious, you can find plenty of episodes of Kitchen Nightmares available for free on Hulu, and the UK version is available on Netflix.