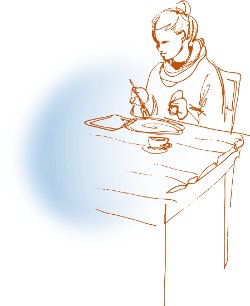 Generational marketing is always a tricky proposition; for example, for years analysts have been telling us that Millennials were unusually frugal and would be returning to city centers where they could rent affordable apartments and avoid the expense of car ownership by joining the sharing economy and availing themselves of public transit.

Only now are we finding out that the hypothetical Millennial lifestyle is slightly different from real life. Car sales are up sharply among Millennials, in large part because as they age they are making more money, and people with more money are much more likely to buy cars. And while the sharing economy is sometimes convenient – and can be a lot of fun – it is not particularly economical. Consumer Reports ran the numbers in 2014 and concluded that renting from Hertz is a much more convenient, affordable option than sharing economy darling Zipcar.

And the thing about Millennials moving back to newly rejuvenated urban areas? That never made much sense. Frugal or not, and as detailed in a Wall Street Journal article “Generation Y Prefers Suburban Home Over City Condo,” only a tiny fraction of that population will ever be able to afford to live in those hip urban areas where rent for a one-bedroom apartment can easily eclipse $2,000 a month and entry-level condos start around $300,000. Unless you’re lucky enough to be working for Amazon, Netflix or Microsoft – or one of the firms that services them – urban living isn’t nearly as financially attractive as it sounds.

This is why we’ve always believed it makes much more sense to ground generational analyses and observations based on observing the daily lives of Millennials. Related to interacting with Millennials in their daily lives, it’s apparent to us that most Millennials came of age during the dawn of the fast casual revolution. In this, Millennials could be called “Generation Fast Casual.”

But what does that mean?

For Millennials, fast casual was never a new idea, it was never innovative, and it was surely never premium priced — it just “was.” It was all they ever knew, underscoring a part of their lives that will likely never change. Consequently, when dining outside the house there is rarely, if ever, any reason for fast casual to not be prominently featured in the general Millennial consideration sets. Many in older age cohorts might view a $12 meal at a premium burger place as a treat, but to Millennials it is simply what one does.

To be clear, plenty of Millennials dine in lower-priced quick service restaurant (QSR) chains every day. Millions in fact. That they are doing so less often than previous generations is cause for heightened anxiety. The QSR channel (e.g., McDonald’s, Burger King, Subway) is desperate to crack the Millennial code to prove its relevance.

While some QSR operators are struggling to compete effectively with fast casual (e.g., Panera Bread, Starbucks, Chipotle) in terms of a high-quality food experience, many operators focus on marketing, promotions and, of course, price.

But the price issue may be the most misunderstood of all. Because most analysts, marketers and managers can’t get their heads around the idea that the double- or even triple-price premiums (fast casual vs. QSR) are simply not relevant to the world of the Millennial.

Many of us born before 1980 still scratch our heads at the idea of paying $12 for a burger. But we are enjoying those burgers in increasing frequency. We also thought it foolish to start paying $3.50 for a cup of coffee back in the mid-1990s, and look what happened there.

But from the Millennials’ perspective, there is no head scratching. Burgers cost $12. Lattes cost $3.75. And a plate of higher-quality, fresh Mexican food costs around $10. That’s simply the way the world works. True, one can find a burger for much less at a QSR outlet. But so too can one find coffee for much less in diverse locations, including convenience stores, donut shops and office cafeterias.

For most Millennials, fast casual is something you do. Things you do cost money. And it just doesn’t get much simpler than that. 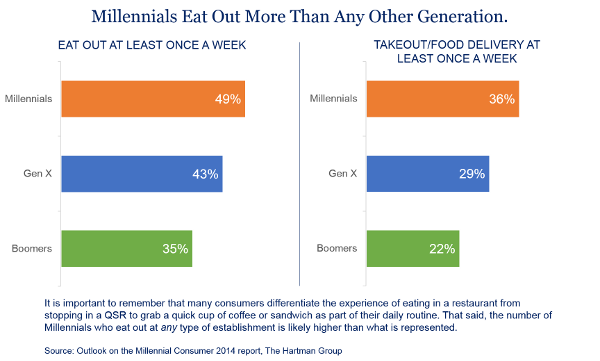 And what happens if Millennials find that they don’t have the money in their wallet to afford $14 for lunch? Who knows? They may stop by a C-store. They may build a meal in the prepared foods area of a grocery store. They’re quite likely to continue snacking. Or they might opt for QSR.

Importantly, none of those other options are viewed as “more affordable alternatives” to fast casual. And pulling the price lever will not solve the problems. It just doesn’t work that way. Just as they were raised in an era of fresh, premium foods and fast casual experiences, Millennials seem to understand why higher-quality experiences cost more — and they seem prepared to invest in them when the mood strikes them.