Scrutiny of Plant-Based Ingredients and Labeling an Ongoing Consumer Priority 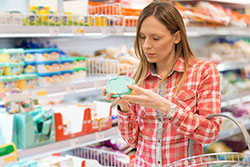 The rise in interest among both consumers and the food and beverage community in all things plant-based has increased by what seems like exponential leaps during the pandemic, fueled by multiple avenues, including investment (by equity firms and big CPG brands) and sales at the register: Many no doubt will have seen the headlines about valuations of plant-based brands recently gone public (for example, Oatly, which was valued at some $10 billion at the time of its IPO, according to Bloomberg). Simultaneously, sales of plant-based products were estimated to grow 27% in the past year to $7 billion, according to reporting from the Good Food Institute.

While Wall Street has played a role, certainly consumers are a huge part of the equation for growth in plant-based products. A silver lining for meat and dairy alternatives during the pandemic was the diversity of ways in which consumers were influenced to experiment with variety in their diet in line with flexitarian leanings. One primary influence on experimentation driven by the pandemic: Meat and animal protein supply chain issues and shortages in retail settings helped cement further consumer experimentation with plant-based alternatives.

Veganism is not the driving force behind consumer interest in plant-based. Instead, consumers with a wide range of flexitarian-like dietary inclinations (including being carnivores) are pursuing a variety of paths toward plant-based products, driven by motivations that include flavor, wellness, and desire for dietary variety. Pre-pandemic Hartman Group research found that less than half of plant-based purchasers (41%) thought of themselves as people who were limiting meat, and one in five described themselves as carnivores. Only 12% of plant-based purchasers described themselves as vegetarians, while 41% of them described their eating styles as “omnivore.” Our Health & Wellness: Reimagining Well-being Amid COVID-19 report finds that among purchasers of meat alternative products, just 15% describe themselves as vegan or vegetarian.

While a search for variety in diets is a leading driver behind plant-based consumer demand, certainly the pandemic has also fueled consumer interest in plant-based products along the lines of wellness linked to healthy eating: Health & Wellness: Reimagining Well-being Amid COVID-19 finds that eating approaches—a key modality for addressing and avoiding health issues—have evolved in some ways during the pandemic and remained remarkably constant in others. Increased cooking within the home enabled consumers to improve their diets and gain a more immediate connection to and control over the ingredients in their meals. Such exposure to food preparation has in turn led to more intense scrutiny of product processing and sourcing.

This scrutiny is particularly true with regard to “plant-based” labeling: While plant-centric eating is an aspiration with mainstream momentum, the meaning of the plant-based label itself is becoming diluted for some consumers.

This finding builds upon previous Hartman Group research about plant-based products, which found that with growing experimentation and use came growing critical scrutiny of plant-based claims. At that time, we noted, “In keeping with overall consumer demand for simpler ingredients and clean labels, we see greater consumer involvement with plant-based products causing an equal rise in scrutiny of ingredients used. Examples would include questions about processed soy, palm oil, long ingredient lists, and excessive amounts of sodium or fat in nutrition information.”

Health & Wellness: Reimagining Well-being Amid COVID-19 finds that with nearly half of consumers (48%) seeking “plant-based” as an attribute, the movement has clearly gone mainstream—but it’s another food and beverage label seeing dilution of meaning. The report notes that as with other eating approaches becoming on-pack callouts, “plant-based” is beginning to attract a higher level of scrutiny—particularly as it expands across CPG categories.

Highly involved wellness consumers will not take the plant-based label at face value. Instead, they seek attributes that signal products that might meet their underlying health and wellness needs.

Many new plant-based product releases in the last several years—particularly in popular or convenience-oriented categories like plant-based snacks—are propelling awareness, inviting discovery and potentially bringing new consumers to the plant-based category with flavor-forward options. However, the processing efforts used to date to ensure taste and flavor satisfaction for the mainstream are potentially alienating more engaged consumers who also seek out simple processing, kitchen-level ingredients, and thoughtful sourcing to support their well-being.

Consumers are likely to become more discerning about the types of protein used in plant-based alternatives (e.g., soy vs pea vs wheat), how they were grown, and their benefits and drawbacks as they become more familiar with the category.