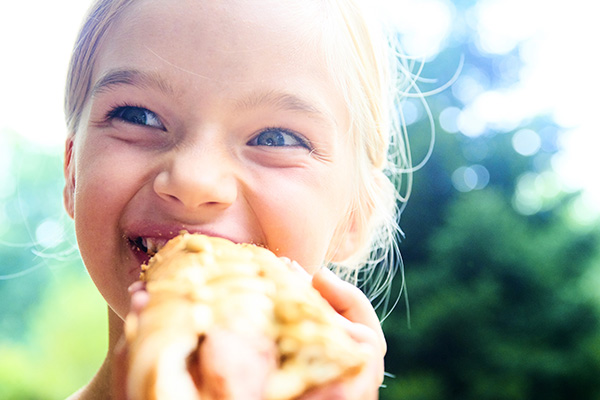 Remember when it was really cool to get Swedish meatballs at Ikea and a hot dog and soda at Costco Wholesale for $1.50? Okay, those things are still cool. But they have been around a while, and as novel as they were in the beginning, their purpose was utilitarian—to keep shoppers’ bellies full while they explored an incredible number of square feet of retail space.

Now food is popping up even where people are not peckish from wandering the aisles, gazing at stacks of low-priced toilet paper or contemplating assembly-needed sofas. The Hartman Group’s research shows consumers now shop for food around the clock, buying meals and parts of meals from multiple places. More than half of them visited two or more stores on their last shopping trip, for example. Food has become such a constant source of enjoyment and fascination that it can be used as a brand signature, even for companies whose primary product is not edible.

Take Ralph Lauren. It serves escargot with toast points at RL Restaurant in Chicago and sells upscale hamburgers (served by handsome waiters) at Ralph’s in Paris. Tommy Bahama offers seared ahi tuna and other high-end fare at more than a dozen restaurants, from New York to Tokyo.

Brooks Brothers said it plans to open a giant steakhouse in Manhattan, and Nordstrom is moving beyond cafés and grills with Habitant, its first wine bar and lounge. Starbucks debuts its first on-train café in Switzerland this month, and British Airways is trying to bring more umami flavor to make its in-flight dishes appealing.

At this point, it might be easier to list brands without food and how they could join the party:

Duck Dynasty Diners could offer duck, goose and other waterfowl shot by customers in an adjacent field, akin to Chinese restaurants that allow people to choose their own seafood from fish tanks.

Prius Drive-ins might feature sustainable menus with grass-fed beef and local ingredients, plus alternative energy to fuel the ovens and touch-screen menus.

Seem outlandish? When diners in Taiwan and southern California are going for restroom-themed restaurants, then perhaps food truly can be anywhere and everywhere.