How Did We Get to the Term “Plant-Based?” The Role of Plants in Our Diets, Language and Culture 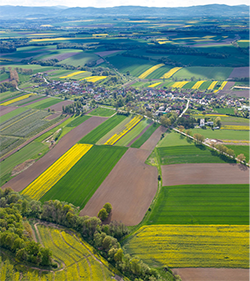 We know that we’re stating the obvious here when we say that “plant-based” is everywhere — it’s so hot right now. According to Innova Market Insights, the number of new food and beverage launches making plant-based claims in the U.S. saw a 54% Compound Annual Growth Rate (CAGR) from 2013 to 2017. Over the past 10 years, there has been an almost meteoric increase in consumers searching online for the term “plant based.”

This rapid rise in popularity for “plant-based” makes it even more important for us to understand what significance plants and plant-based foods have for U.S. consumers and our food culture generally.

Yet, heightened consumer interest in “plant-based” has not translated to a corresponding rise in per capita consumption of fresh vegetables and nuts. Think of this as the classic, traditional approach to eating vegetables, or what we would call Plant-Based 1.0.

While consumption of fresh vegetables isn’t growing, other convenient plant-based categories are; their halo is intensifying.

We know from our Food & Technology 2019: From Plant-based to Lab-grown report that there is dramatic growth in meat and dairy alternatives. This is Plant-Based 2.0, the version where consumers are able to incorporate more plants in their diets, but not do all the planning and prepping and cooking required to make whole plant foods taste good, or feel like they have to completely give up their favorite animal products. This corresponds to our own data. According to our Health + Wellness 2019: From Moderation to Mindfulness report, 36% of consumers report currently increasing the amount of plant-based protein in their diets.

But wait, if what people want are meat and dairy alternatives, and not necessarily whole plants, why emphasize the plant part? What turned “meatless meat” into “plant-based meat” and “dairy-free milk” into “plant-based milk”? For that, we need to explore the role that plants play in our diets, in our language, and in our culture more broadly.

Plants in Language and Culture

First, a very brief journey through the cultural history of plants. The connection between plants and health is as old as humanity itself, since until very recently, most of our medicines came directly from plants.

We have written evidence of medicinal preparations of plants from the ancient Sumerians 5000 years ago, as well as from ancient Egypt, India, and China, and from the many societies of the New World. We have evidence that Neanderthals used medicinal plants to alleviate pain, ease fevers, and heal wounds. For thousands of years, humans all over the world have likewise used psychointegrator plants — aka hallucinogens — as a means to treat body and mind.

So throughout human history — and even beyond it — knowledge of plants was essential and esteemed, and respect was given to their power to affect our health and wellbeing.

At the same time, Euro-American culture has long associated plants with femininity and meat with masculinity. This springs from women’s traditional status as the gatherers, herbalists, healers, and caretakers, and extends to a connection between plants and the traditionally feminine virtues of passivity, purity, nurturance, and forbearance.

Men — and meat — are the opposite of all that. Meat has long been associated with strength, power, virility, and action — and therefore masculinity. Meat is also associated with power and wealth, since until very recently in human history, it was costly to eat meat on a regular basis, and so only the rich and powerful were able to do so. This connection extended down the social ladder, so that the man of house could expect the best cut.

It goes without saying that people’s actual lived experience does not perfectly reflect these notions, nor does the variety of cultural expression beyond Europe and North America. But the cultural symbolism is important for us to understand.

What About the “More Plants, Less Meat” Culture of Today?

In more recent North American history, a plant-based diet has also had different connotations, but you’ll see that plants are always positioned against meat and animal products.

In the early 20th century, vegetarianism was promoted by Seventh Day Adventist influencers for a healthy body and soul because they believed such a diet helped suppress immoral desires and enhance purity and healthfulness. This goes back to the connection between meat with virility and plants with purity.

As WWI and WWII put the food system under strain, civilian avoidance of meat was framed as a patriotic duty supporting the war effort. Our fighting troops needed meat to maintain their masculine vigor, and therefore it was the duty of the homebound — women, children, those physically unable to fight — to do their part and eat more plants, ideally that they had grown themselves.

However, scarcity also reaffirmed meat’s role as part of the good life that came after the years of war and depression, where meat is the diet of a healthy and prosperous nation, and plants are only an afterthought.

After a widespread growth in meat production and consumption, vegetarianism grew in the 1970s, this time justified by environmental and health concerns but fueled by its symbolic association with the counterculture. We still hear people talk about veganism and vegetarianism as “eating on a higher plane of being” — drawing on plant’s connection with purity and meat’s with more basic urges. While never more than a fringe movement, vegetarianism moved into the common vernacular during this time.

Today, as mindfulness becomes a wellness trend, we see plants taking on a new kind of symbolism that draws on old connections to purity and spirituality, but also moves beyond that into a spirit of being intentional about one’s choices, in terms of how they affect your physical and mental health, how they affect others, and how they affect the environment.

As industrially farmed and processed meat and dairy have become cheaper and easier to access, new concerns about quality and sustainability have emerged. At the same time, the rise in obesity, heart disease, diabetes and other metabolic issues makes consumers question the primacy of meat and dairy in our diets from a health perspective. And so, the balance has shifted in terms of what consumers consider “healthy,” with meat now occupying skeptical ground as consumers pursue — at least in aspiration — a varied diet rich in plants. It also certainly helps that traditional definitions of gender are in flux as well!

The underside to this story is that relative to other foods, fresh produce has become more expensive and harder to eat – in that it requires both time and know-how to prepare and cook. And so, in another reversal, a healthy diet with varied plant-based foods — especially fruits and vegetables — has become a marker of privilege and social status.

History shows us that when consumers talk about eating plants or “plant-based,” what they mean can vary widely. Today’s language around “plant-based” draws on the cultural history I’ve just mentioned, as you can see in this language map. We have the connection of plants to good health both in themselves and in relation to meat. We have their connection to sustainability and animal welfare – the legacy of earlier generations of countercultural vegetarians. We also have the connection to the new world of plant-based meat and dairy alternatives, and an acknowledgement of the term as a contemporary marketing play.

What plants do consumers actually think of when they talk about “plant-based?” On the one hand it’s vegetables, beans, and seaweed if we’re talking about whole plant foods, and on the other its protein sources like soy, tofu, and nuts if we’re talking about meat and dairy alternatives. There’s a conspicuous absence of grains, and that’s because when consumers hear the word “plant-based” they often think of vegetables first. They know that plant-based foods include corn and wheat, but the first association is vegetables.

Plant-based is thus a term with a strong positive halo, but its flexibility also reveals its vulnerability. There is no set definition. Consumers know that “plant-based” can mean anything from plain rice to a salad to a chickpea curry to an Impossible Burger. It can mean highly processed foods or something straight out of the ground. It can mean fields of GMO corn or an organic backyard tomato.

For deeper data and insights into plant-based trend, get our report Food & Technology: From Plant-based to Lab-grown