Should Chipotle Go "Back to the Start"? 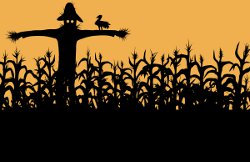 Whatever you thought of the recent Chipotle Mexican Grill video that had everyone from Gawker to Politico opining about marketing, animal hormones and beautiful production quality, the clip definitely generated buzz. In one month, it is approaching 7 million views on YouTube.

Called "The Scarecrow," it shows an animated scarecrow surrounded by images of industrial food that many consumers find increasingly disturbing: Cows in tight spaces being milked by machines, chickens plumped with saline and misleading marketing messages calling the food "all natural" and "farm fresh." There's even a subtle dig at the pro-GMO slogan "feeding the world." The soundtrack is Fiona Apple moodily covering a song from "Charlie and the Chocolate Factory."

Unfortunately, the film does not depict a meaningful way out. Although the scarecrow protagonist starts his own food business, he is shown picking vegetables for tacos, not raising animals at all.

For some viewers, that will seem more like a message from PETA (People for the Ethical Treatment of Animals) than a restaurant chain with a meat-packed menu. The disconnect has generated a bit of a backlash, with a Salon.com columnist accusing Chipotle of chicanery: "It is either a deliberate endorsement of a plant-based diet or it is a deceptive attempt to appropriate the morality of vegetarianism and ascribe it to meat-based business." A self-described "honest" version of the video also questions Chipotle's sincerity.

"The Scarecrow" would have been more complete if it had presented a solution that addressed animal welfare. An excellent example is in an earlier Chipotle film that won the Cannes Grand Prix in the Branded Content and Film categories.

Called "Back to the Start," it shows farmland on which pigs and cows roam free, then are penned, then set free again. Willie Nelson sings a popular Coldplay song with lyrics such as, "Questions of science, science and progress, don't speak as loud as my heart."

The freed pigs and cows made all the difference, showing a new way of doing business – and a way in which Chipotle could participate, while still selling meat.

With both films, Chipotle has surmounted one of the biggest problems companies face when it comes to sustainability: It's not afraid to share its message even though its practices are not perfect. Many consumers simply want to know that a company cares and is making progress, much like consumers themselves.

Chipotle supplements its marketing messages with sourcing information. It has been more open than many chains about the way animals are raised for its meat, saying recently that most of the 120 million pounds of beef, chicken and pork it served last year came from animals not treated with antibiotics or hormones. It also acknowledged that when such meat is in short supply, a small percentage of its restaurants will serve other meat and post notices so customers know about the change.

A little transparency goes a long way with consumers.

For research-based guidance in marketing your sustainability message, contact Blaine Becker at The Hartman Group: 425.452.0818, ext. 124, or blaine@hartman-group.com.