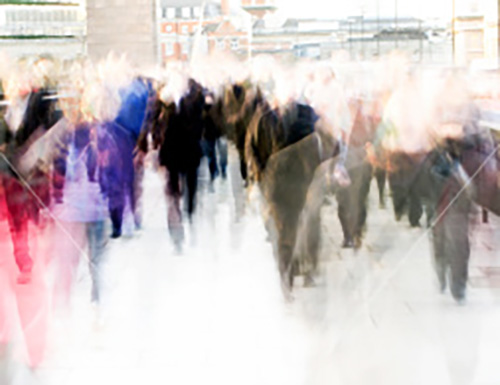 Food shopping has become increasingly complex as consumers channel surf, picking and choosing from a broad array of physical and online retailers. They do it 24 hours a day, seven days a week, and everything from smartphones to the growing availability of food and beverages online alters the way they research, talk about and buy food.

From over 20 years of shopping with consumers, The Hartman Group knows that food shopping trips are no longer dedicated to refilling the pantry and refrigerator. Indeed, fundamental cultural shifts have led to shopping forays that often look nothing like traditional grocery shopping trips.

To boost traffic and transactions in this new landscape, it’s important for food providers to increase their relevance to a greater number of eating occasions – breakfast, lunch, snacks, dinner – in a way that fits how consumers now approach those occasions. The Hartman Group will explore how food marketers can do that, along with a host of other questions, in our upcoming study on Food Shopping in America.

In a new twist on "the world is your oyster," the notion that "food is everywhere" is a refrain heard almost constantly in food industry circles and is an accepted fact among consumers. The Hartman Group’s analysts call it the "Roadside Pantry Effect" – the idea that consumers now navigate a world of 360-degree food availability.

It appears to be an even larger concept than the often-heard "multi-channel” or “omni-channel shopper," with new channels popping up all over. A recent New York Times article described one shoe salesman who has bacon, eggs, home fries and toast delivered to his car every morning. Roadside pantry, indeed.

In truth, consumers today aren't stocking up on food as they did in days of old: They change their minds on a whim, shifting from planned shopping and cooking to takeout in a matter of minutes. The Hartman Group research shows more than half of grocery trips now entail two or more stores.

With all the possibilities, consumers find a lot to be inspired and enthusiastic about, and they are strongly influenced by technology. Photographs on Pinterest and reviews on Yelp introduce them to places and foods they might never have considered. The excitement and array of choices lead people to compose meals rather than cook them in a traditional way; they create meals from various components – a take-out dish here, a fresh vegetable there, something frozen from Trader Joe's or Costco on the side. A Hartman Group analysis shows that of all eating occasions, 77 percent involve some sort of prepared food.

Technology in the guise of online grocery buying is also influential: Shopping online for groceries is a growing business. The Hartman Group’s Online Grocery Shopper report found that consumers who buy groceries online represent only 14 percent of U.S. households, yet another 32 percent say they may do so within the next year and 23 percent may shop online sometime in the future – underscoring the potential for virtual food shopping.

Various sources estimate that online purchases of packaged goods have reached $25 billion. From Amazon to Walmart, with many regional online grocery platforms in between, consumers now shop for grocery essentials from the digital platform of their choice – anywhere, anytime, any day. Still, the migration to online grocery shopping will likely occur at a much slower pace than people’s embrace of the technology that enables it.

The new dynamic combining roadside pantry shopping and online food availability can be disconcerting for food marketers, who often blame shoppers' stress and time constraints for the disintegration of pantry-stocking behaviors. However, The Hartman Group’s research shows that channel blur is rooted in many factors: Consumers don't want to have to plan meals in advance. They can now eat on a whim, which makes food exciting and fun. They can choose to go not to a grocery store but a restaurant instead. Even when they do have a plan for shopping and cooking, they can abandon it at the last minute and say, "Let's have pizza instead." At work, they can say, "I don't want to have Lean Cuisine today; I'll do Chipotle," simply because they overheard a coworker talking about it.

As a result, grocery shopping trips have changed dramatically. Rather than organize a trip around meal plans for the next one or two weeks, consumers instead shop daily, or every two or three days, and fit grocery shopping between other food possibilities. Food retailers across channels are responding with a broad range of solutions – including "click and collect" options at many conventional brick-and-mortar stores.

It is vital that food marketers grasp the enormity of food choices, channels and consumer enthusiasm that accompany the roadside pantry effect and adoption of online buying. People will continue to shed the constraints of traditional foods and old loyalties, turning instead to a kaleidoscope of exciting food possibilities that require less formal planning – but a different sort of planning that takes into account both physical and virtual roadside pantries.