Whole Foods, watch out: The rise of Mariano’s and the killer grocery format for the 21st century 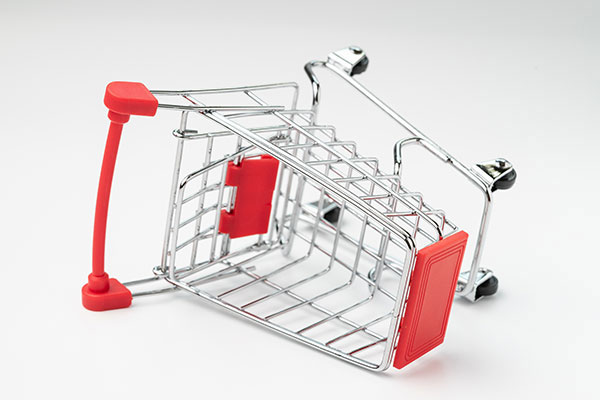 In 2013 we wrote about how the American grocery store is undergoing a tectonic shift in demand forces that are threatening to tear apart the old Hi-Lo, center-store-heavy model from within (Hartbeat EXEC Q3 2013: “Reimagining the American Supermarket for a New Era in Food Culture”). In 2014 we highlighted hard discounters, like Winco and Aldi, that are growing at a furious pace and are even offering quality fresh perishables for unheard-of prices. Upmarket disruptors are pushing emerging notions of premium in the fresh perimeter and throughout the center store (Hartbeat EXEC Q3 2014: “The New Premium Marketplace in American Food Culture”). And midmarket grocers are meanwhile suffering if they do not have a store segmentation strategy like H-E-B.

But there has been a quiet disruption within the upmarket end of the retail continuum for years that is now reaching a tipping point. And it is not Whole Foods. What disruption are we talking about? Put simply, it is the emergence of a next generation, upmarket-leaning, full-service grocery store that integrates both natural and conventional packaged products throughout the store while emphasizing very high-quality fresh perishables/prepared perimeter foods as 50%+ of its square footage.

For the last ten years, the growth of Whole Foods[1] ($12.5B) and the broader natural foods channel (~$10B)[2] has defined the ‘upmarket’ grocery retail space, often overshadowing the growth of smaller, upmarket grocery disruptors traditionally lumped together by distributors as the ‘specialty’ channel ($13.4B).[3]

What industry analysts have overlooked to this point is the critical design/experience dichotomy between a) natural/health food stores, on the one hand, which screen out legacy brands and processed foods, and b) specialty stores, on the other hand, which generally sell the entire continuum of quality but strongly emphasize high-end, premium products and staff-intensive, freshly prepared foods. The specialty format, in our experience with consumers, is far less alienating to ordinary middle-class shoppers who might want enhanced access to premium/upmarket food experiences. Why? Because it doesn’t demand that they abandon all their favorite brands to fill their shopping cart. There is simply no hint of ideology to create a barrier to entry. Specialty stores sell everything from Frosted Flakes to $20 loaves of artisanal bread. Who could possibly be alienated by such a merchandising continuum? Think of how much bigger the potential trade-up audience is for this kind of store than for a classic natural/health food retail experience. Today, trading up to premium is not about a social movement or an ideological badge. It is too mainstream for this to be the primary growth driver. It is about a sincere, sensory and cultural desire for the highest-quality food experiences possible, but only as far as the shopper wants to take it.

For decades the specialty retail side of the upmarket retail sector was a fragmented universe of mostly metropolitan-level micro-chains (Treasure Island/Metropolitan Market/Andronico’s) or one-off specialty stores (Fox and Obel in Chicago, DeLaurenti in Seattle), some of which do not even pretend to be full-service grocery stores. 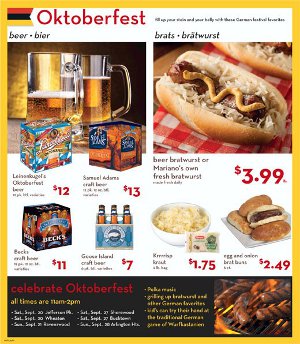 Mariano’s Fresh Market (est. ~$1B)[4] is the latest, and fastest growing, of the full-service specialty chains. And we believe, due to its connections to a very conventional grocery operator (Roundy’s), it may be the player that ultimately proves to all conventional grocery operators that remodeling dated stores upmarket toward the specialty grocery model may actually be the ticket to sustainable growth and profit moving forward. Although Mariano’s emphasis on artisanal products may not approach the extent seen in classic specialty chains in Seattle and San Francisco, its store design and merchandising strategy are highly similar and very distinctive to shoppers who walk through its doors. Eighteen out of 23 stores have fully integrated natural/organic offerings (with the exception of gluten-free) and Wegmans-like fresh perimeters full of specialized, high-end prepared foods departments.

More importantly, unlike many specialty chains on the West Coast, Mariano’s is taking over ordinary suburban grocery locations, not exclusively super-affluent, urban zip codes. Its ongoing performance may finally unlock a secret that specialty retailers learned long ago: getting trade-up shoppers in your door is not about eliminating all their prior brand choices for them and imposing your own corporate standards of quality but it is about emphasizing the highest-quality food available in every category and letting local shoppers choose how far they want to trade up within a broadly merchandised quality continuum.

The primary watch-out for Whole Foods here is that experiments like Mariano’s may convince other conventional chains to accelerate their integration of natural/organic foods and to enhance their fresh perimeter departments to match the level Whole Foods pioneered in the 1990s. If Whole Foods loses ownership over the highest-quality fresh and prepared foods offerings in the nation, they will find themselves in a vicious battle for store locations that may ultimately decelerate or cap their growth. The ability of midmarket chains to renovate upmarket following the specialty grocery model is unknown and highly uncertain due to the capital infusions this would require to pull off. But it has a lot going for it from a shopper marketing perspective.