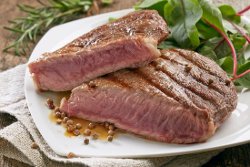 Ever seen a two-inch-high, medium-rare filet mignon cooked perfectly evenly edge-to-edge that then melts like butter in your mouth? Hint: this cannot be achieved on a grill or in a pan.

During the 2014 holiday season, in select markets, Costco sold a reasonably priced sous vide water immersion cooker (the SousVide Supreme launched in 2009) that is introducing the possibility of experiencing molecular gastronomy at home to ordinary middle-class consumers, at least among those with a bent toward weekend dinner experimentation.

Molecular gastronomy emerged in urban food culture in the mid-2000s as one of the biggest urban restaurant trends, the last great import from European food culture (the consensus pegs its origin to Ferran Adrià’s now-shuttered elBulli restaurant in rural Spain). Molecular gastronomy gets a lot less buzz now, in part because it is a thoroughly entrenched practice in concept restaurant kitchens. And sous vide actually pre-dates the recent popularity of concept restaurants by Grant Achatz and others in the U.S. The intersection of high tech (and hard science) and the act of scratch cooking is an emerging phenomenon that is slowly transforming how some Americans perceive cooking.

It seems an inherent contradiction that many of the most touted restaurants in the world now use vacuum water immersion batch cooking of meat and seafood cuts, vegetables and fruits hours ahead of diners arriving at the front door. Isn’t this cheating? When consumers sit down at a creative, chef-driven restaurant, they want, and expect, fresh food made to order.

The intersection of technology and premium food and beverage experiences remains one of the most important, rapidly developing phenomena in American food culture.

Technology has proven its ability to enhance the sensory experience of food and to make simple product formulations feasible as nationally distributed growth businesses. It has also proven its ability to reduce or eliminate the need for a whole host of traditional processed food additives by using principles of applied pressure and temperature in novel ways.

But there is a countercurrent to all of this techno-cooking, one that precedes the adoption of molecular gastronomy techniques in urban concept restaurants, high-pressure processing and the like. It is a cultural belief that premium food experiences should be antitechnological and stay true to authentic, small-scale, artisanal production techniques.

This cultural tension between romancing pre-modern techniques to achieve the highest-quality sensory experience and utilizing technology to do so is unresolved in contemporary food culture. Yet we see signs that, by making emerging technologies transparent, there can be a resolution of the cognitive dissonance in food culture.

What is undermining the packaged food and beverage industry in this respect is the lack of transparency around current industrial production methods. Emerging brands that tell transparent stories about how technology is enhancing and making accessible higher-quality food experiences are finding surprisingly little resistance among consumers who are otherwise skeptical of undisclosed mass production techniques. 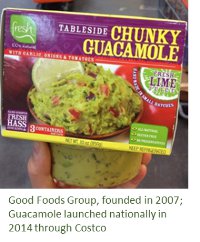 Technology is driving the success of the refrigerated packaged perimeter in grocery by eliminating the need for preservatives in low-to-medium shelf life mass production of dips. Many consumers are not aware of these technological innovations, but, were they to find out, there is little likelihood, based on our experience, of their becoming alarmed. Air pressure does not trigger food safety or health concerns. The presence of household chemicals that cue ‘toxic,’ like ammonium hydroxide, is another story.

The coffee enthusiasts of Seattle often have a romanticized view of the artisanal roaster expertly controlling the heat and timing of the roast. In contrast, large-scale computerized roasteries can come under scrutiny from the coffee snob. Starbucks is addressing this issue at their new Reserve Roastery location in Seattle. There, the roasting process is on display along with both the person running the process and the computer screen connected to the machinery, answering every customer question. The roasting process instantly stops being a mysterious unknown (even to the coffee snob who has never seen a computerized roasting process at work) and becomes familiar and understandable on a multisensory level. Additionally, a consumer can purchase the exact brewing tools in the retail section of the Reserve Roastery that the staff are using at the nicknamed ‘coffee geek’ bar. By doing so, Starbucks has tapped into a premium coffee signifier that small artisanal companies have been doing for years: presenting something that the consumer can replicate or, at least, imagine replicating. The consumer is given – with complete transparency – the tastes, smells, noises and kinesthetic information to understand the entire roasting process.