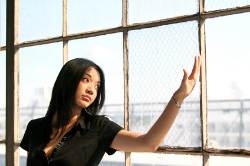 A recent L.A. Times article has pointed out the obvious -- again -- on what so many of us in the food industry have known since the outset. Namely, that Tesco's Fresh & Easy Neighborhood Market store concept would not capture the imagination of consumers' minds or much in the way of share of wallets either.

To be sure, armchair marketers and analysts will be delivering their homilies on lessons to be learned from this colossal nonstarter before the last page on Fresh & Easy's brief history is written. It's a well-known fact that Tesco bragged early on about the investment in research they had done prior to opening the stores in the U.S. market. As you can see from the series of our own articles (check out our articles on Fresh & Easy's downward spiral below), based on our qualitative ethnographic research and retail immersions, we said from the beginning that Tesco clearly got it wrong, really, really wrong.

Appropriate for this occasion, and our final words on Fresh & Easy, would be this quote from our 2008 white paper written shortly after Tesco opened its first stores:

"One word would sum up the collective reaction (our research team and consumers we interviewed) to Fresh & Easy Neighborhood Market. That word would be a resounding "huh?" Sure, it is kind of clever (in places), and you've got to like some of the prices, but the food (mostly) fails to impress."

At the end of the day, if you're in the business of food, isn't it really all about the food?

Here's our past musings on Tesco's Fresh & Easy Neighborhood Market:

Shortly after Tesco unveiled its Fresh & Easy Neighborhood Market small-format grocery stores in the U.S. market in 2007, Hartman Group analysts were there to carefully study and gauge consumers' response.  More »

Our first volley on the subject of Fresh & Easy's arrival in the US marketplace came from our report published in February 2008, "Hartman on Tesco's Fresh & Easy Neighborhood Market: How Fresh? Does Easy Matter?"  More »

Before the economic tsunami came crashing ashore in the fall of 2008, most of the chatter in our corner of the world concerned Fresh & Easy, Tesco's first foray into the U.S. grocery market..  More »

Is Tesco's much anticipated Fresh & Easy Neighborhood Market the future of food retailing in America? Creating high-concept, specialty stores based on the value proposition of "fresh" and "easy" has so far proved taxing.   More »

2008: Missives and Musings on Fresh & Easy in America

One of the fundamental misunderstandings regarding globalization in the contemporary era is the mistaken belief that you can easily export your successful brand or business model to foreign lands and expect similar successes.   More »

What happened to the so-called British Invasion? You know the one where Tesco's Fresh & Easy small-format food stores were going to sweep across America and turn this country's food retailing industry on its head.