Snacks Become Mini-Meals: How Food Companies Can Keep Up 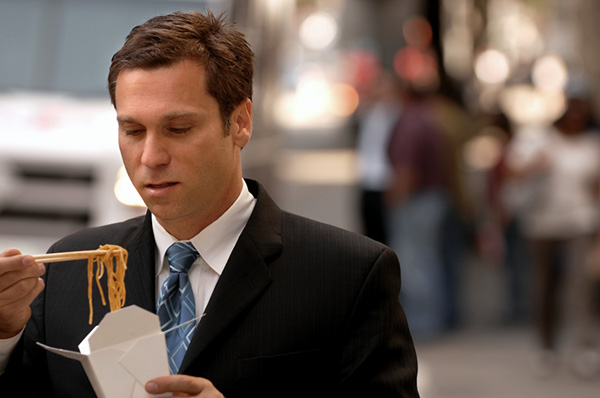 At first glance, modern American eating patterns appear to be all over the place. People decide in the morning to eat leftovers for dinner, then change their minds midday and look forward to takeout instead, after which they see a coupon for a new restaurant and stop there at the last minute. As haphazard as that behavior seems, the patterns are not random. Eating is tied viscerally to the changing rhythms of people’s daily lives, including their perception that they are overbooked and their need to feel healthy and satisfied by food at the same time they take care of their families’ disparate eating needs.

The challenge for food companies is to understand those new and changing rhythms. They need to offer products that will attract people just dashing into a store or restaurant for a quick bite, and the food needs to be appealing enough that consumers will return next time they’re rushed and maybe even when they’re not.

Americans still idealize eating three balanced meals a day but rarely eat that way. They have become comfortable with eating on the fly, based on whims and cravings. Although they still use terms like snacks, treats and energy boosts, what consumers are often describing are mini-meals, and many people eat those types of meals throughout the day instead of traditional meals.

Consumers decide spontaneously when and what to eat—but they consider in advance where the food might come from. In the past, food was available in a limited range of places, such as restaurants and grocery stores. Shifts in lifestyles, and thus eating and food culture, have brought a wider range of food into many more locations, from IKEA to Costco Wholesale to forward-thinking convenience stores. Some companies, notably certain fast-food and fast casual chains, including Chipotle and Panera Bread, understand consumers’ changing needs and offer hand-held mini-meals, side salads and half-orders of soup and sandwiches.

About half the time, consumers eat alone, which increases the need for smaller portions. That trend is not likely to reverse, in part because people have come to enjoy eating alone. They see it as a way to catch up on work, reading and television programs and to nourish themselves without having to wait for family members who are going in all different directions.

Increasingly, consumers eat “on the go” while actually sitting at home. That is, they stop by a restaurant or retailer for a bite, then take it home to eat, sometimes in combination with items in their refrigerators or from other retailers. They often eat meals that way when they don’t have time or energy to think about preparing something themselves and when they want something tasty or a meal with simple, real ingredients but are not going to cook it themselves.

All of these occasions offer tremendous opportunities for food companies, which thrive when they delve deeply into such food culture trends and meld what they can offer with consumers’ changing rhythms. To learn more, check out The Hartman Group’s “Modern Eating: Cultural Roots, Daily Behaviors” report.