The reality of the foodie consumer as defined by food culture 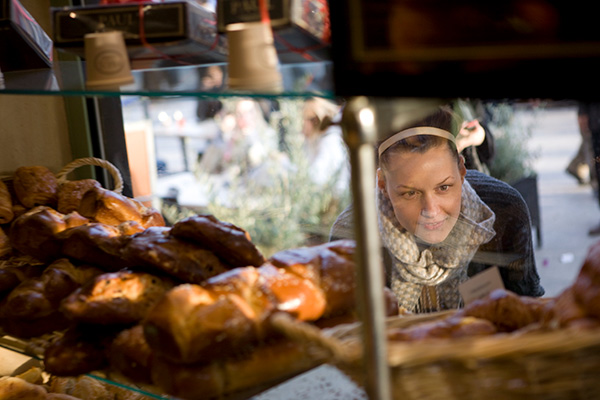 To say you're a foodie today actually carries a bit of baggage, somewhat like openly admitting you’re a Democrat or a Republican: it just depends on the company you keep and how you use the word. To some, foodies are snobs, the type of people seen cataloging elite, epicurean moments in vivid detail via Pinterest or a blog, or as Yelp Elites. For others, the term foodie simply reflects those who appreciate food in all of its dimensions, ranging from peasant simplicity—and the joy of sharing and discovery—to palate-busting, transcontinental, modern cuisine. Whichever way you lean when it comes to using the term foodie, make no mistake: aside from the word “natural,” few other words used in food circles today seem to be in such constant use while lacking any clear definition of what it really means. Ironically enough, identifying who foodies are today says a lot about where food culture itself is heading

Webster's defines a foodie as "a person having an avid interest in the latest food fads." The term is generally acknowledged to have appeared in the early 1980s. An online article about the topic in Serious Eats notes: "Gael Greene of New York magazine used the word "foodie" in a story on June 2, 1980, and then used "foodie" several times in 1982 and 1983."

Since then, use of the term has risen exponentially. A search in Google Trends (Figure 1) in the time period 2004 to the present not only highlights the meteoric rise of foodie itself but, we can theorize, offers a salient reflection of the growing public interest in higher-quality food experiences—many of which are associated with the term.

Figure 1: Search of term "foodie" in Google Trends, time period 2004 to 2013: The term very likely defines the cultural zeitgeist of a growing fascination with food.

While foodie is ever more popular, as with many culturally energized food terms appropriated by the media, mass market, and mass culture (e.g., natural, organics), it is fast nearing an exhaustion point as an apt descriptor for individuals most engaged with food today. The Hartman Group's ongoing analysis of food culture shows that those individuals who describe themselves as foodies are really only at a mid-point in terms of where they really intersect with "foodie-ism." This stems from the fact that, while foodie as a self-descriptive term represents a spectrum of engagement with food and food culture ("I'm a real foodie, and I love going to Whole Foods" or "I'm a foodie and love watching the Food Network"), those consumers who are most engaged with food culture today are distinct from mass-culture foodies in several ways:

By providing insights into the most-involved foodies (aka Core Food Culturists), we aren't trying to stoke the fires of the debate that ebbs and flows about foodies being snobs or just food appreciators; we write this piece only to note that being a foodie today means you're on a continuum of food engagement, a spectrum within which you may stay in the middle or, depending on enthusiasm, you might graduate. Cooking and engagement with food at social levels is a hallmark of those who are most engaged with being a foodie today.

We should note that it's not all so literal. Because food culture today provides such a deep immersion into "foodie" details (via the Web, dining, media, and shopping), it's possible to have a firm, albeit theoretical, grasp of core foodie cooking—or dining out, for that matter.

Those who are highly engaged foodie eaters may not necessarily be cooks, but they've eaten so broadly and with so much depth on the food spectrum that they know that "this is what it's supposed to taste like." These consumers have developed their palates as a sign of their involvement with food culture.

Finally, some Core Food Culturists approach their love of food from a farming vector. By growing their own fruits, vegetables, eggs, chickens, and beef, such consumers are able to deepen their knowledge of what "the real deal" tastes like. Chefs have been major contributors to the farming vector. After a brief apex of over-concentrating on the heritage of their menu ingredients, many of the best chefs today acknowledge the farms and producers instead as the true rock stars of cuisine.

We live in a fully engaged food culture today, where anyone can step forward and say "I'm a foodie." The transition of Whole Foods Market from an utterly unique "foodie mecca" to a mass-culture, food-tourism destination underscores the point. Similarly, if you hear someone using "foodie" to describe themselves, a cooking experience, or an eating destination, it's quite possible that it isn't "the real deal"—of course, it all depends on what lens is applied. As always with changing culture, once a trend is firmly embedded in the mainstream, the most active participants have already moved beyond and are already stirring up new textures and experiences.