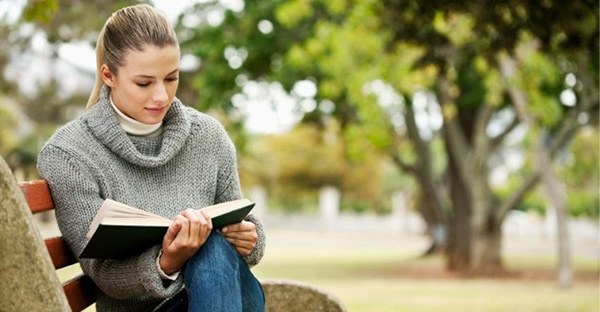 What do roasted dothraki goat, groosling soup, lembas bread, and ton tongue toffee all have in common? No? Let me give you a clue -- there's a reason you've never seen groosling on the menu, and it's not because you've never been to a restaurant fancy enough. They're foods inspired by fiction, written into existence in some of the big sellers of our time in print and on screen. And, despite their origins in authorial fantasy, we're starting to see them in full color, aroma, and texture in perhaps the most earthbound of venues: consumers' homes.

We've noticed evidence of a burgeoning enthusiasm for consumers recreating meals found in their favorite books or TV shows. Whether it's a get-together to celebrate the release of the next book or start of the next series, or just a playfully themed dinner party, they are sharing the experience through the food that appears in the background.

And it doesn't seem to be reserved for a highly niche "geek" population. A strong host of dedicated online and print resources is already in place to help people actualize the feasts they've been eating alongside their favorite characters. To name a few: 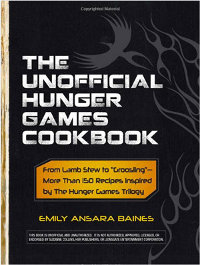 All offer guidance on how to make the yummiest, most realistic ("authentic") recipes for consumers "cooking the books" (if you will).

In this Hartbeat, we explain this phenomenon in terms of broader cultural trends. We also consider implications for restaurants and manufacturers that may have to concede their role as the leaders in food fabrication as consumers grow ever more empowered, imaginative, and demanding of what they're sinking their teeth into. 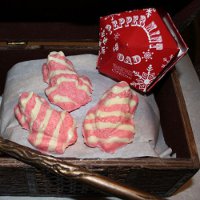 It's not exactly new news that consumers are seeking novelty and adventure in their food more than ever.

A major food trend in recent years has been the rise of interest in multi-cultural foods and flavors. We've seen that Millennials, in particular, are breaking away from more traditional American foods. They're being taught to challenge inherited traditions and are experiencing more foreign climes firsthand. As such, they're using exotic foods (and their associated restaurant settings) for more than just finding variety in nutrients and flavor; they're using them as an opportunity to move away from home and tradition: to be somewhere different, be someone different, and become a more rounded person as a result.

Fictional foods clearly resonate with these aspirations. Although the people and the places of the fiction consumers are engaging with aren't truly real, they certainly feel real when consumers are reading or watching; people often use fiction as a means to escape, a short-term reprieve from the mundane pressures of daily life. In a world in which food is finding its way into every facet of peoples' lives, food represents a very new, natural, and visceral way of connecting with these fantasy worlds and the characters who inhabit them. Like ethnic food, fictional food offers a gateway to foreign and liberating lands.

Furthermore, these new places are actually more accessible to many consumers than the distant but factual geographical locations. Unlike Vietnam, India, or Ethiopia, the Hogwarts, Winterfells, and District 12s of the fictional realm are actually always close by (on multiple media). Consumers have often experienced them with their friends and family as they watched or read together, making them an easy source of conversation. As such, the food can serve to gather people around shared memories and experiences.

As the Food Through the Pages blogger puts it:

The goal of this blog is to feature food taken from within works of fiction and made real and accessible for modern kitchens. In addition to being a fun way to put food on the table every week, it's an awesome way to connect with characters, fictional settings, historical figures…

Finally, fictional food clearly calls out to the creative and playful side we see so often in consumers who find food an accessible way to express their artistic talents. Fictional food is so tempting because it is both tantalizingly close and yet also frustratingly unattainable, hiding just behind the pages or the screen. It can also be strange, bright, and beautiful. Thus, like Dr. Frankenstein and his monster, the cook can find satisfaction in truly bringing something to life -- the ultimate, almost magical, act of creation.

The fact that fictional food is capturing the imagination of the two-dimensional arts attests to its inspirational potential. Take a look at graphic designer Dinah Fried, who has created a photo series entitled "Fictitious Dishes," featuring meals ranging from Ishmael's clam chowder (Moby-Dick) to Holden's malt and cheese sandwich (The Catcher in the Rye). Similarly, painter Joel Penkman has put brush to canvas to recreate plates from Holly Golightly's breakfast (Breakfast at Tiffany's), A Clockwork Orange's "milk-plus," and Edmund's Turkish Delight (The Lion, the Witch and the Wardrobe).

Ultimately, fictional food 1) allows consumers to connect with new people, places, and flavors, 2) facilitates bonding with familiar friends and family, and 3) capitalizes on consumers' love of creation. This is a highly potent combination, and it suggests that fictional food is a trend worth watching.

Historically, chefs and CPG companies held the license to fabricate foods. The thought leaders of the molecular gastronomy movement, in particular, have reveled in using techniques from the physical sciences to wow high-end restaurant patrons with new food formats, challenging traditional colors, flavors, shapes, combinations, and viscosities with cooking implements that seem better suited to a lab than a kitchen. Even more average eaters, who haven't sampled the works of the Grant Achatzes and Heston Blumenthals of the world, have been taught by manufacturers (and their attending cohort of food scientists) to be receptive to the unexpected. Think Veggie Straws, pop chips, Clif Bars, or, more historically, Miracle Whip and Jell-O.

What this emerging trend for fabricated food in the consumer domain demonstrates is that food creation is no longer in the hands of only an elite population of high-tech chefs and food scientists. Instead, it is being taken on by normal consumers looking for new ways to engage with food. As such, the food industry would do well to both take inspiration from consumers and find ways to be one step ahead by: