It’s Not All Greek For The Yogurt Category. What’s Next? Innovation Is A Key Answer 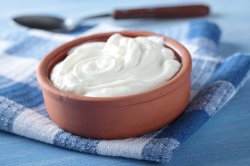 Until a premium upstart came along and upended many industry assumptions, various major players in the yogurt category largely ignored the potential for Greek yogurt. Along comes Chobani, and, as they say, the rest is history. Heralded as a boon to the category, Chobani’s success should be attributed to seeing the potential for a new category varietal based on broader contextual trends in food culture and having the guts to go make it happen.

Greek yogurt’s rise was the result of both a unique, stealth go-to-market strategy by the second mover brand and the emergence of several health and wellness trends that did not originate in the yogurt category.

“I don’t think the result would have been the same if Greek-style yogurt had been launched 25 years ago,” says The Hartman Group’s Melissa Abbott, vice president of Hartman Retainer Services. “With the local-food movement, a growing emphasis on high-protein, low-carb snacks, and consumers looking for fresher, less processed foods, it all came together to make Greek-style yogurt, like Chobani, easy to scale."

The premium yogurt category is poised for continued growth, even as the base category flattens out or declines in terms of volumetric growth. Here are three reasons we believe this to be the case:

Premium has had two historical waves of growth:

Wave 1: Natural Organic. These yogurts emerged in the 1970s as part of the natural foods movement but took off in the 1990s through Stonyfield yogurt’s national expansion. Early players (prior to Stonyfield) emphasized the high probiotic content of their natural, small-batch offerings sold mostly in local markets.

Wave 2: Greek. Chobani introduced Greek to a mass audience after first mover FAGE failed to break beyond the natural channel in a significant way. This premium innovation tapped into mainstream drivers around protein for sustained energy in the morning and a cultural decline in affinity for low-calorie, high-carb cereals.

What’s next for yogurt?

Wave 3: Further specialized yogurts (indulgent, medicinal and nutritional). While premium yogurt is dominated by three power brands (1st and 2nd wave in origin), fast-growing upstarts are rapidly and healthily emerging from their shadow. They break down into four areas of innovation:

There are early signs that full-fat, super-indulgent yogurts may be the core of the next substantial wave of premium growth. Not only do the leaders in this space have high quality offerings (and investment), these yogurts target non-health snack occasions where yogurt, any yogurt, has a relative better-for-you halo (regardless of nutritional profile) when compared to traditional sweet snacks.

Want to know about the growth potential for your category and brands? Contact us.