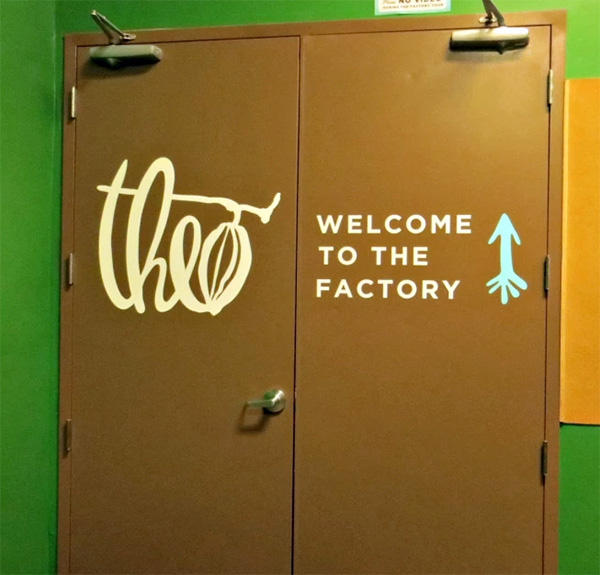 Next time you savor a bar of chocolate, consider what went into it: cocoa beans, sugar, possibly some milk and vanilla.

That is, if you’re eating real chocolate.

By definition, chocolate must include cocoa butter, a rule some candy makers have lobbied unsuccessfully to change. Candy that uses vegetable oil instead is called compound chocolate, also known as chocolate coating — and many candy bars are covered with it rather than real chocolate.

Chocolate lovers gobble up that kind of insider knowledge during hour-long tours of Theo Chocolate in Seattle, just one aspect of how Theo is a leader in marketing organic, fair-trade food. The key is to create high-quality flavors and experiences (chocolate tours! free samples!) and let the do-good aspect play second.

Theo’s tours begin with a map showing where cocoa beans are grown — mostly in poor countries along the equator, where many cocoa farmers have never tasted the final product. Then Theo’s tour guides walk visitors through a sea of chocolate smells and colorful machines with all the fantastical enthusiasm of “Willy Wonka & the Chocolate Factory,” before landing them in a glorious chocolate shop. 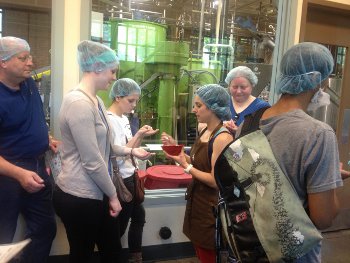 The tours are a testament to Theo’s transparency and desire to connect with consumers, who crave food storytelling. It helps that Theo has a sweet story, beginning with its founders’ vision: to demonstrate how to build a profitable chocolate business that helps malnourished, undereducated cocoa farmers and their families.

Unlike many chocolatiers, who buy their chocolate pre-made elsewhere and form it into confections, Theo makes its own chocolate — and locates the farms where it buys cocoa beans. In the past three years, co-founder Joe Whinney has traveled many times to Congo to help build a cocoa supply chain intended to benefit farmers. In 2013, Theo bought 340 tons of cocoa from Congo and plans to double that amount this year. It works with actor and director Ben Affleck’s Eastern Congo Initiative to train Congolese cocoa farmers to improve the quality of their crop and therefore their income. Theo also donates a portion of sales from its Eastern Congo Initiative chocolate bars to that organization.

That program is in addition to Theo’s dedication to fair trade for all of its cocoa beans, one way it ensures the farmers who grow them are fairly paid. It also buys directly from farmer cooperatives rather than distributors and posts the prices it pays online.

In the past, fair-trade labels sometimes featured grainy photos of suffering farmers, which induced more guilt than appetite in food shoppers. They did not encourage purchases the way Theo does, with whimsical artwork wrapped around mouth-watering chocolate that happens to be organic and fair trade. That’s what helps overcome any sticker shock from the roughly $3.99 price tag on a 3-ounce bar, far costlier than mainstream chocolate but below prices charged by some high-end chocolatiers.

The organic, fair trade, Congo project parts add a feel-good element, the kind people have about Starbucks, where they have a sense the company is doing something right, but they’re there for the coffee.

With Theo, named for the cocoa tree, Theobroma cacao, those elements are mixed right in with the cocoa beans, sugar and vanilla. And for certain rapturously delicious bars, there are also almonds and sea salt, coffee and cream, buttered toast, fig and fennel and the occasional ghost chile.