Food fads: How they differ from meaningful shifts in food culture 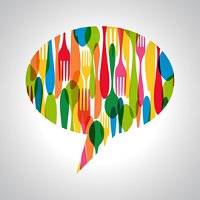 As anthropologists and ethnographers with a deep understanding of food culture and what consumers are putting in their grocery carts and bellies, we’ve seen a lot: Cronut™ madness, burgers sandwiched between ramen noodles, special diets of almost every stripe. They’re fun to talk about, but they also tend to be fleeting and fairly one-dimensional. It’s more fun to delve into the reasons behind these food fads, to figure out where people might be headed next.

Take bacon. There’s a fad that keeps on giving: bacon doughnuts, bacon dust on fries, bacon deodorant. The joke ended years ago, but people keep telling it because it taps a rich cultural vein that goes beyond a love of salt and fat. It involves experimentation and exploration and a fascination with discovering unique ways to combine food (and apparently hygiene products).

Next came the craze for kale, a vegetable that so obsessed some people that they become sick of it, or sick from eating too much of it. Kale appeared on T-shirts, in late-night TV jokes, in chip and cocktail form and as a Levi’s jeans color.

People moved on — to quinoa, to kombucha, to such a wide range of ingredients and dishes that they now are becoming immersed in cuisines rather than infatuated with single products.

American consumers appear to be moving beyond their food culture adolescence and gaining a sophisticated and complicated food repertoire. Rather than getting hung up on certain fads, people are experiencing the whole enchilada — and they love it.

This new maturity about food does not stem from more people learning to cook. Although consumers have strong opinions about how ingredients are sourced and prepared,  mostly they are not cooking in the traditional sense. Instead, they watch cooking shows on television, peruse photos and reviews on social media sites, talk to farmers and chefs, and take cooking classes for the fun and knowledge of it — not because they plan to regularly use those skills at home.

Food for health and well-being

As people’s ideas about food expand, they merge with other aspects of culture — including health and wellness, which no longer is relegated to a corner of the local health-food store. It’s everywhere, and it’s about staying fit, strong and well in the broadest sense.

Consumers are giving up on simply counting calories or cholesterol or sodium intake and are embracing holistic approaches to health and eating that naturally encompass those elements. They want fresh, whole foods that are rich in vitamins and nutrients — including full fats, sugar and other sweeteners in the right proportions. 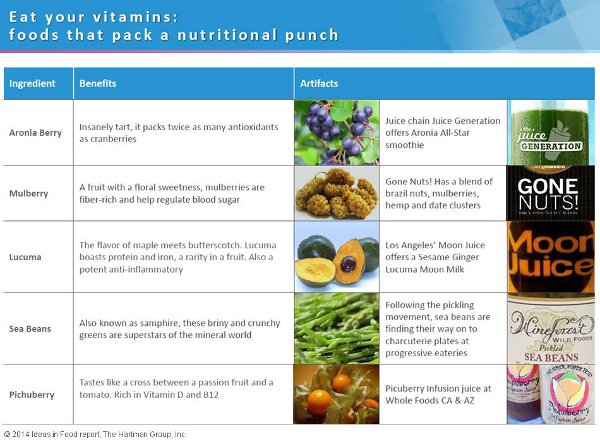 Much of consumers’ current thinking about health revolves around digestion as the root of wellness and choosing foods that help their bodies absorb nutrients most efficiently. Many people are not even aware they’re concerned about digestion, but the signs are clear: They talk about how certain foods “sit” with them, how they feel an hour or more after they’ve eaten — and they  increasingly  are interested in digestive aids, from ginger to fermented foods and beverages such as sauerkraut and kombucha.

There’s even been a fresh bread revival, with people such as Washington State University’s Stephen Jones forwarding the idea that perhaps what some people think of as gluten sensitivity might be alleviated by old-fashioned bread-making techniques, including a longer rising method that allows for natural fermentation and boosts digestibility. A crop scientist, he’s encouraging people to try heirloom wheat and artisanal breads made with fresh, whole-grain flour — a culinary treat and, many nutritionists say,  important for minerals, fiber and other nutrients.

At the same time people are showing more interest in how food affects their health and well-being, they’re also peering more deeply into how food choices affect local farmers, the environment and, especially, farm animals. There’s been a marked increase in consumer concerns about how animals are treated.

Despite a widespread interest in buying local, people are more willing to pay extra for products that come from animals that have been treated well than they are for local products. That’s because, for consumers, animal welfare is associated more clearly with human health and safety. People believe food from content, naturally raised animals is more nutritious. As one consumer put it: “Grass-fed products are healthier, because the toxins are not transferred into the human body.”

As people turn away from factory-farmed animal products — and in some cases away from beef, pork and chicken altogether — they are exploring new forms of protein that they see as cleaner and healthier. Nuts, seeds, legumes and cultured dairy are common alternatives — but more adventurous eaters have discovered insects as well (cricket energy bars, cricket broth, cricket flour). There’s definitely an “ew” factor to eating insects in the United States, but there’s also intrigue and curiosity about why it’s a staple of some other countries’ cuisines.

Movement of the future

Beyond organic, natural and even local is a budding interest in seed preservation. Stephen Jones and a host of microbakers are doing it for wheat varieties, brewers are bringing back heirloom crops, and chefs such as Dan Barber are featuring vegetables that are bred for better flavor and nutritional value.

The movement to celebrate heritage seeds and create new varietals is a powerful example of how consumer culture has evolved. In contrast to the 1950s, when people saw uniformity as a marker of quality, today they’re more likely to regard it as a plague of sameness.

The pursuit of unique, interesting and sustainable foods even has made it popular in some countries to market and buy “ugly” produce. Lopsided eggplants and three-legged carrots often cost less than pristine produce, and they help shoppers feel good about themselves for mitigating food waste by taking home food that in the past was thrown in the garbage.

Misshapen produce is a reminder that food comes from the earth, and just as consumers want meat and dairy products from content, well-treated animals, they also like to feel good about where their plant food comes from. As celebrated Southern chef Sean Brock puts it: “The secret to delicious food is good dirt and plant varieties.”