Sour On Milk? The Changing Relationship Between Consumers And Milk 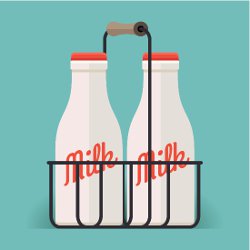 Milk. It’s the crunch and the gulp of chocolate chip cookies before bedtime. It’s two hands wrapped around an ice-cold glass on a hot, sunny day. It’s slurping from a big spoon in front of “Sesame Street.” It’s pouring into a mixing bowl, seeping into batter. It’s a grinning white mustache. It’s chocolate. It’s the farm. It’s the love of a parent for a child. It’s…

Milk used to be something that the average American wouldn’t think to question. For decades, it’s been an ‘of course,’ an ‘obviously,’ a ‘when’ rather than an ‘if’;’ in other words, a cultural norm. The unquestioned dietary requirement of the child beyond weaning ? the source of protein, calcium (and vitamin D, through fortification). But that’s changing. Milk’s whole, pure reputation has soured, leading not only to its fragmentation but to its general decline.

Milk’s status as the nourishment for the start of life and the nurturer of children, the biological product of our own class of species, gives it a poignantly moral status. More than other foods, debates over its value escalate quickly into debates over how it is right for us to eat ? and not just in the sense of ‘healthy’ versus ‘not’ but even ‘acceptable’ versus ‘taboo.’ Looking at the manner of criticism milk has had to withstand and the way in which these criticisms have molded the forms in which it appears in our fridges can tell us a lot about our elusive quest for what is ‘natural’ and, perhaps most intriguingly, its limits.

And so, in recent years, our relationship with milk has changed in three key ways:

1. We’ve become more critical of the establishments that tell us what’s good and bad to eat.

With the ever-growing backlash against industrial food, our faith that those providing for, regulating and guiding our food experiences are doing their utmost to provide us with the best possible products and solutions (rather than self-serving compromises) has been brought into question. For example, the much-loved “Got Milk?” campaign, once regarded for all intents and purposes as a public health effort, has been recast as a pro-dairy, rather than pro-health, effort by a number of commentators, most recently Alissa Hamilton’s critical book “Got Milked?,” published this year. We’re listening to a broader array of information sources and, ultimately, in a world full of voices, relying on our ‘gut instincts’ to tell us what we should eat (and, freed from the dictates of older authorities, seeking greater variety in our diets).

2. We’ve become more aware of what’s in milk and its variability.

With the rise of Michael Pollan-maligned ‘nutritionism’ (in which a food’s value is determined by its composite nutrients), milk is no longer an all-good ‘white box’ but a much more nuanced, deeply biological substance, hiding all sorts of lurking micro-substances (for better or worse). The skepticism described above, as well as awareness of and interest in mechanisms surrounding milk intolerance/allergies, has led to greater scrutiny around ‘what’s inside’ milk (beyond calcium and protein) and thus also how that composition is dependent on the nature of the life of the animal and the processing of the product.

3. We’ve given greater credence to evolutionary arguments for how to eat.

Proponents of the paleo diet have much to answer for. They have offered consumers a compellingly intuitive answer to the question of ‘how should we eat?’: namely, ‘how we imagine we used to eat.’ In doing so, they have broadened our analysis of ‘what’s normal’ to eat beyond our own culture to humanity at large throughout its history. This has revealed, and made increasingly common knowledge, that the framing of ‘lactose intolerance’ as a malady may be less appropriate than highlighting the ‘lactase persistence’ (a term coined by Andrea Wiley of “Re-imagining Milk: Cultural and Biological Perspectives”) of those of European descent as the special case. In other words, they’ve made drinking milk seem weird.

The increasingly fragmented milk products we are seeing emerging and growing on the market today represent and speak to these currents in distinct ways.

Organic/grass-fed/hormone-free milks: Have been rising at a fast clip as the traditional ‘2%’ milks lose favor, suggest animals that have been treated as cows should be treated, by people prioritizing the product over the price and thus producing a milk that is more like cows should produce, filled with more good things and fewer bad. 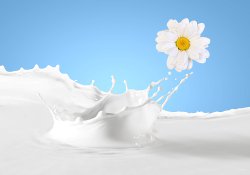 Raw milk: It would be tough to dispute that the birth of cow’s milk pasteurization was a good thing. In the industrializing nineteenth century, poor mothers began working long hours in factories away from their infant children and were forced to turn to the most readily available and affordable urban supplement ? milk from urban cows eating slops from urban breweries, producing a toxic brew. Public health workers pushed for pasteurization (in the process, founding the now-intuitive argument that cow’s milk is essential for children), and child mortality dropped dramatically.

However, this process and the ‘Pasteurian culture’ took the power to evaluate the risk associated with drinking ‘raw’ milk out of the hands of the consumer and into the hands of experts (Paxson, “Post-Pasteurian Cultures: The Microbiopolitics of Raw-Milk Cheese in the United States”). Today, in response to the belief that pasteurization undermines the nutritive content of milk and its capacity to protect against allergies, some consumers are ignoring government recommendations and taking back responsibility for their food. They seek out raw milk, along with the fulfilling trust-relationship with its small-scale provider that the absence of a third-party regulator entails.

A2 milk: According to creators of the eponymous brand “A2 milk,” a New Zealand researcher was investigating why there was a large body of people who were turning away from milk, despite not being diagnosable as ‘milk intolerant.’ He found that ‘standard’ milk contains two forms of beta casein proteins, “A1” and “A2,” and that the “A1” variant had the capacity to induce gastric discomfort in some people.

The presence of this A1 variant emerged as a result of a genetic mutation that occurred around 10,000 years ago in primarily large-breed, European cows, such as Holsteins. These larger breeds produce a greater quantity of milk than other breeds and thus became the foundation of the modern milk industry, making most milk on grocery store shelves today of the A1 variant.

However, other breeds (e.g., Guernseys, African and Indian cows), as well as all other mammalian species, produce “A2 only,” “old-style” milk. As such, A2 milk simultaneously solves for potential negative physical responses to milk, a desire to get ‘closer to how we used to eat’ and a desire to reject the product of an industrial food system.

Mylk: And then, of course, there are the milks that aren’t milk at all, the swiftly growing world of milk alternatives based in soy, rice, coconut, hemp, flax. As Loren Cordain so decisively puts it, “…the bottom line is this: we are the only species on the planet to consume another animal’s milk throughout our adult lives.” In this case, the search for ‘natural milk’ finds at the end of its quest ‘no milk at all.’ Even in the world of child nutrition, there is a growing public acknowledgment that, while cows’ milk is a convenient way to meet some of children’s dietary needs, it certainly isn’t necessary in the context of an otherwise balanced diet.

It seems unlikely that milk, in its broadest definition, is going anywhere anytime soon in modern US food culture. However, like many other categories in an age of greater consumer demands on food, it is a maturing category. With greater consumer awareness of its production, its regulation and its content and consequences for health and wellness, what we define as ‘milk’ and how we feel about it is changing as more distinctions and more forms (from distinct sources, animal and plant) emerge. Unlike other categories, however, questioning our priorities in milk can reflect back more profoundly than other categories on the bigger questions of how we, as humans, should be eating. In the 1970s, the National Dairy Council released a campaign whose tagline read “Every body needs milk.” In response to consumer outcry, the tagline was switched to “Milk has something for every body.” As we look to the future, we will (of course) need to continue to watch which milks have what, for whom, and why.

Take a deep dive into the World of Health & Wellness with the latest data and insights: