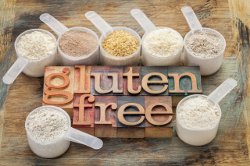 The gluten-free mega-fad rages seemingly unabated while food companies try to figure out whether it will subside and when.

It’s impossible to time a fad, and this one has already lasted longer than many expected. What we do know is that some people will always be interested in gluten-free eating, even beyond the 1 percent of the population that suffers from celiac disease. It’s also clear that the trajectory that gluten-free diets have taken resembles an overall phenomenon in food culture that melds flavorful eating with health-and-wellness goals as well as sustainability.

Long-term growth of gluten-free products is not likely to come from consumers who buy them for weight management, nor from people who jump on the trend bandwagon – although if enough of those types of shoppers churn through the category, it could have quite a long tail.

The lasting growth rests with people who avoid gluten in order to improve their digestion, and who do it by eating less processed, whole-grain foods. Some of them will favor gluten-free analogs – essentially, high-quality substitutes for wheat bread, cookies, pastas, pizzas and so on. Others will turn to foods that are inherently gluten free, such as rice noodles, polenta and corn tortillas. 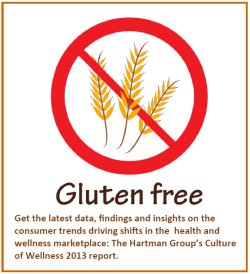 Both of those approaches are closer to the true roots of the gluten-free trend – or fad, depending on your definitions – than to the mainstream rendition of gluten-free eating that involves highly processed foods. Ironically, the trend started about a decade ago with a core group of people who wanted to cut back on processed foods. When mainstream consumers picked up on the idea, they did it to improve their skin, weight, bloating, depression and a host of other ailments.

Because people feel better at first when they cut out packaged foods, mainstream consumers believed it worked. Then they started eating processed gluten-free products and fell right back to their old health complaints, because highly processed foods made them feel bad, whether they included wheat or not.

The gluten-free pendulum appears to be swinging back toward the original reasons for eating gluten free, even among some mainstream consumers. There’s a growing interest in novel grains such as spelt, farro, amaranth and millet. It’s grown big enough that those grains are appearing in processed foods, too – but the future of gluten free appears to be elsewhere, in diets with a diversity of flavors and textures, as well as important whole-grain nutrients.

Soil is part of the equation, too, with chefs like Dan Barber heralding the importance of putting nutrients back into the earth rather than wearing it down with one type of wheat year after year.

Ultimately, the aim of the emerging, nuanced gluten-free movement is increased health for people’s bodies and for the planet – a convergence of flavors, health and wellness and sustainability that’s increasingly valued in the world of food culture in general and that’s especially apparent in the evolution of gluten-free eating.