CSR and the Big Shift: Consumers Want Companies to Tackle Sustainability — But Are Skeptical 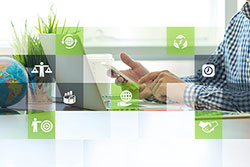 Corporate social responsibility (or CSR) is a long-established industry buzzword for how companies accomplish their vision of sustainability — and the term, though not used by consumers, may be taking on more relevance today than in the past. In findings taken from our Sustainability 2019: Beyond Business as Usual report, we've recorded a huge shift in how consumers view who is responsible for sustainability, moving that mantle away from individuals and toward government and corporations. While consumers (especially younger consumers) seem more willing than ever to change their lifestyles in the name of sustainability, an important shift has occurred in their recognition of the need for collective action and the corresponding limits of individual action on large-scale issues like waste, pollution and climate change. In this year’s research, asked who bears the most responsibility for making our world more sustainable, 84% of consumers ranked “large companies” as their first, second or third choice (up 4 points from 2013) compared to 58% who cited “individuals” (down a significant 15 points from 2013). 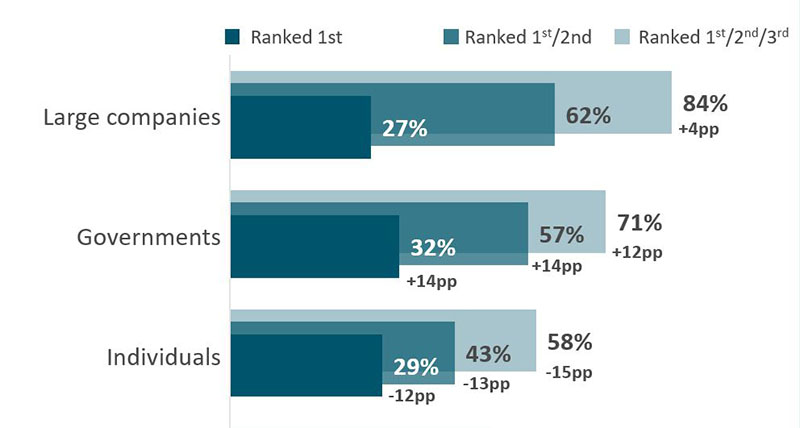 Unfortunately, there are trust issues when it comes to corporate sustainability efforts. Having been "marketed to" for years on various green corporate practices (e.g., programs undertaken to save energy or water, minimize waste or assist in social causes), a majority of consumers today want greater insights into corporate sustainability practices but often view such claims with skepticism. For example, in our Sustainability 2019 report, we asked consumers how they feel when a company makes a claim about its environmental, social or economic efforts: 44% said they were skeptical (and felt they’d need to verify it for themselves), and only 10% said they’d believe such claims.

In addition to being skeptical about claims, as shoppers and buyers of products, consumers often hesitate to award companies a halo of sustainability even when they have favorable views of their purchases. They will often implicitly differentiate between products, brands and companies when they are assessing sustainability. In their minds, a sustainable product can come from an unsustainable company and vice versa, especially as more conventional brands launch natural or green lines. As one "Core" sustainability consumer told us, "I would love to hand over the keys to a company if I knew their standards were always going to be at the front of the pack. I’ve never found a company that does that. I don’t trust any corporation’s standards to evolve the way that my standards do."

Thus, the most engaged sustainability consumers know that their favorite natural brand might actually be owned by a company they view as larger and less trusted. Aside from uncertainty about corporate ownership, consumers tend to believe that businesses are often primarily motivated by profit, not by environmental or social responsibility. Consumers also understand that sustainability can be used as a marketing term. This knowledge set limits on the extent to which they trust corporate claims, even if they like a product or brand.

Building credibility with consumers along sustainability lines involves sincere commitment — taking responsibility for errors in the past and participating in efforts to benefit the future. Communicating sustainable practices is part of quality and reputation management, while responsiveness to consumers sets brands apart and leads consumers to recognize their efforts as leadership.

Sarah Marion, The Hartman Group's director of syndicated research who spearheaded the Sustainability 2019 project, notes, “One way in which companies can build trust is by taking a stance on politicized sustainability issues like climate change, use of fossil fuels vs clean energy, pollution regulations and even social justice. Given the current lack of leadership from the federal government on sustainability issues, there is an opportunity — and an expectation among consumers — for companies to show leadership in this realm. Taking a public stand and putting some muscle behind it shows consumers that you’re going beyond the minimum requirements (which consumers perceive as being not enough anyway) and thinking beyond shareholders and bottom lines.”