Rather than noodle whether it’s a trend or fad, use entrepreneurial markers to launch 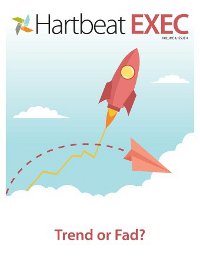 Food companies sometimes become obsessed with whether certain consumer behaviors are long-term trends or passing fads. Because of their innovation product failure rate and slow-to-market processes, they fear jumping aboard short-term phenomena too late – ironically, making them overly cautious and causing them to miss major opportunities.

In a new Hartbeat Exec report, “Trend or Fad?,” Hartman Group analysts describe what they found in a representative search of hundreds of innovations in the packaged food industry over the past three decades: The food industry does not have a track record of getting involved in fads.

The report helps distinguish between trends and fads, and suggests food marketers let go of forecasting and think more like venture capitalists.

Marketers often use the word “fad” pejoratively, with no clear definition. For this report, it’s defined in part as an innovation with one to five years of rapid growth followed by a rapid decline. They tend to be lower-order innovations, such as flavor, format, and nutritional and ingredient plays, and they sometimes recycle.

Trends, by contrast, are demand-led market forces that drive sales growth for a decade or more.

With those and a host of other markers, The Hartman Group’s research found that:

Forecasting which trajectory an innovation will take is especially tricky in small marketplaces. There are many variables, including competitors.

“All it takes is one outside investor to develop a relationship with one of the players who can then secure a lucrative national distribution deal with a major retailer, and the entire dynamics of the leading-edge space can vault upwards very quickly,” explained James Richardson, The Hartman Group’s Senior Vice President of Knowledge and Innovation.

That’s one reason forecasting reinforces a passive orientation to trends. People wait and see, which is inimical to getting ahead of trends early enough to succeed.

In this report, we outline what food marketers could be asking instead. To read more, download a free copy of “Hartbeat Exec: Trend or Fad?”