Meati’s Meatless Steak: Without the Flavor, What’s the Point? 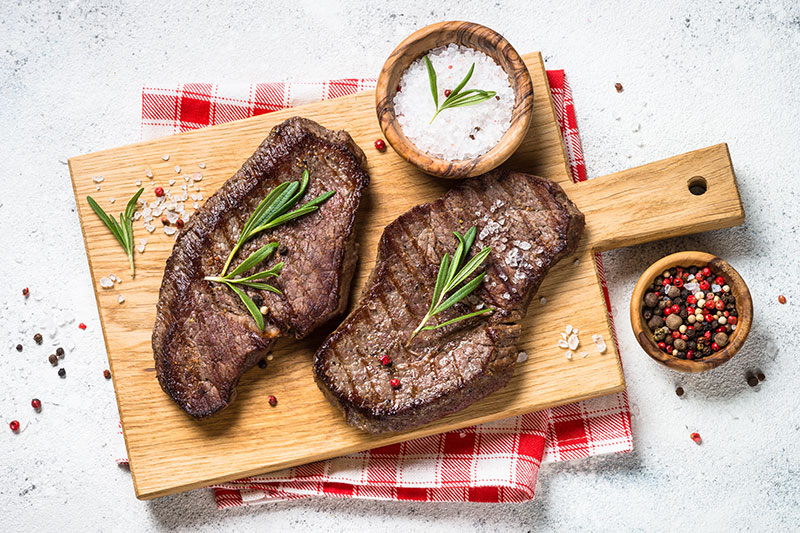 Building on the power of a growing consumer interest in all things plant-based and specifically mushrooms (which are increasingly of interest to consumers for both culinary and medicinal purposes), Emergy Foods recently announced a new brand called Meati Foods, which will feature a line of fungi-derived steaks.

According to New Food Economy, "Meati aims to reproduce the texture and flavor of animal muscle — a more difficult proposition than the ground meat analogs from Impossible Burger and Beyond Meat. The primary ingredient is mushroom mycelium, the vegetative fungal network that precedes mushroom growth. The process, described as being akin to cheesemaking, appears to have myriad sustainability associations. Unlike plant-based analogs that heavily rely on large-scale agricultural crops like pea, soy, or wheat, Meati can be produced in a factory or lab via fermentation with sugar water."

New Food Economy’s review of the Meati “steak” found that while the texture of the still-in-development product replicates steak, its flavor is still lacking. Even with many sustainability and health cues going in its favor, getting the taste right will be critical. The Hartman Group’s recent Food & Technology 2019: From Plant-Based to Lab-Grown report found that taste in meat and dairy alternatives is most important for consumers’ overall purchasing intent and perceptions. If Meati delivers on taste, they stand to make considerable gains in the booming alternative protein market.

Food & Technology 2019 found that new protein sources are likely to become increasingly important as more consumers make a conscious decision to eat less meat. Rather than turning to vegetarianism or veganism, increasingly more consumers — particularly Millennials and Gen Z — are adopting a more “flexitarian” lifestyle by limiting the amount of meat they consume for a variety of reasons, including animal welfare, sustainability, and health and wellness. Younger consumers are also more open to innovations in both food and technology, suggesting a future population more open to innovative food products.

While taste is critical to the success of something like alternative "steak," the growth in consumer interest in mushrooms themselves is a considerable plus: In our podcast, The Mighty Mushroom, Melissa Abbott, VP, Hartman Retainer Services (HRS), and Robertson Allen, Senior Consultant, HRS, discuss how within food culture in the United States there's growing interest in mushrooms from both a medicinal and culinary perspective. From the culinary side, we've seen an increase of interest in blended meat and mushroom burgers as well as mushroom varieties beyond button and portobello mushrooms. From the medicinal side, consumers are increasingly interested in mushrooms for health benefits like energy, longevity, and particularly immunity.