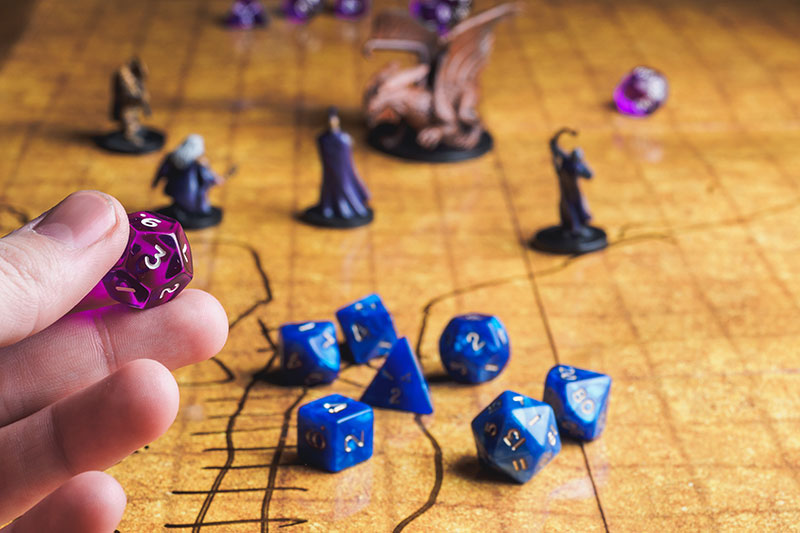 As reported on CNET earlier this month, Wendy’s released a free, downloadable tabletop role-playing game, modeled largely on Dungeons & Dragons rules and play. The game, called Feast of Legends, comes in a 97-page pdf that includes detailed gameplay instructions and descriptions of items (such as armor), the game world, and enemies. The arch-villain is an “evil jester” resembling Ronald McDonald, intent on spreading the scourge of frozen beef. Feast of Legends has been positively reviewed by Forbes and several major game journalism websites, including IGN and PC Gamer.
While an unconventional form of marketing, Wendy’s Feast of Legends strikes us as a timely, savvy, and likely inexpensive undertaking for reaching a quickly growing market of gamers and Millennials in search of community and face-to-face socializing.
Fueled in part by popular cultural appearances in mainstream shows like Stranger Things and devoted streaming channels on Twitch and YouTube, Dungeons & Dragons and similar games have experienced a resurgence in popularity as more consumers seek out offline social experiences and healthier forms of diversion.
Restaurants, cafes, and bars are responding, opening up food spaces for table-top gaming (see Seattle’s MOX, for example). We wonder, however, whether consumers will choose to visit Wendy’s for their next play session.
As we’ve seen, the best innovations in the established video gaming market take advantage of fast-moving trends. Agility is important for food and beverage brands — CPG and restaurant. Staying on top of what people are playing, as well as the platforms on which they play, is key.
As gaming enjoys its resurgence and esports continues to climb in mainstream popularity, it is a salient moment for food manufacturers and restaurants in seizing stomach share early on within an ever-growing marketplace.