Betting on the Future of America’s Supermarkets 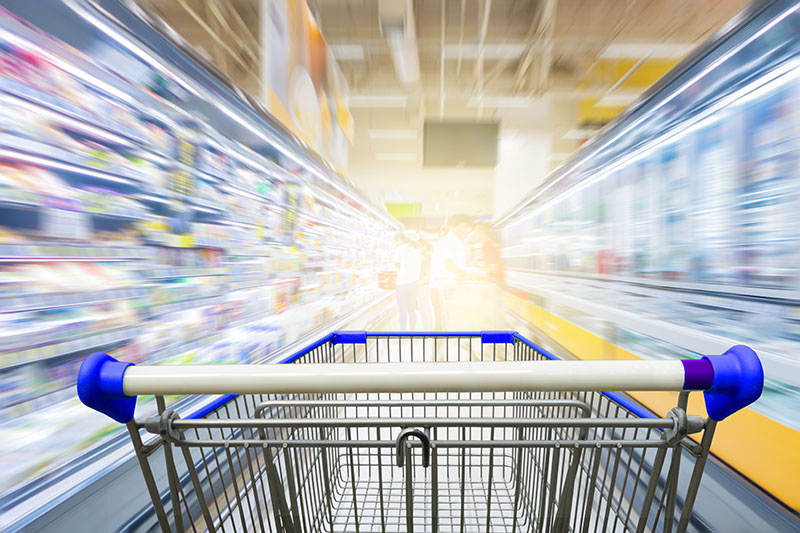 Most people would probably agree that shopping the traditional American supermarket isn’t all that much fun. Our Food Shopping in America 2017 report finds that only 28% of consumers say they “enjoy shopping” the grocery channel. Granted, competition is fierce these days. But the question lingers across the food retailing landscape: Can the neighborhood supermarket survive? Answers are hotly debated.
The grocery store, after all, is no longer the sole domain where one can buy food — and hasn’t been for quite some time. In 2013, we penned the following observation:
“In a new twist on ‘the world is your oyster,’ the notion that ‘food is everywhere’ is a refrain heard almost constantly in food industry circles and is an accepted fact among consumers. The Hartman Group analysts call it the ‘Roadside Pantry Effect’ — the idea that consumers now navigate a world of 360-degree food availability, picking and choosing from a huge pantry of roadside as well as virtual options.”
So what’s a food retailer to do?
A recent article in The New Food Economy profiles Niemann Foods, a Midwestern grocery company that hired Kevin Kelley, an architectural design expert, to conceive, design, and build the grocery store of the future. The resulting store was named Harvest Market and opened in Champaign, Illinois, in 2016. According to the article, “the store is designed to excel at what e-commerce can’t do: convene people over the appeal of prize ingredients and freshly prepared food.”
Food retailers are ramping up their fresh-prepared food options, further blurring the lines between grocery stores and restaurants. Harvest Market is a bet that behavioral psychology, spatial design, and rich narratives can get people excited about supermarkets again.
Almost everyone shops grocery because it continues to be a convenient generalist. In order to survive, grocers can’t be satisfied with providing a place to complete a chore. They will need to direct an experience while operating with much higher profit margins and recapturing some of the dining-out dollars that grocers are now losing.