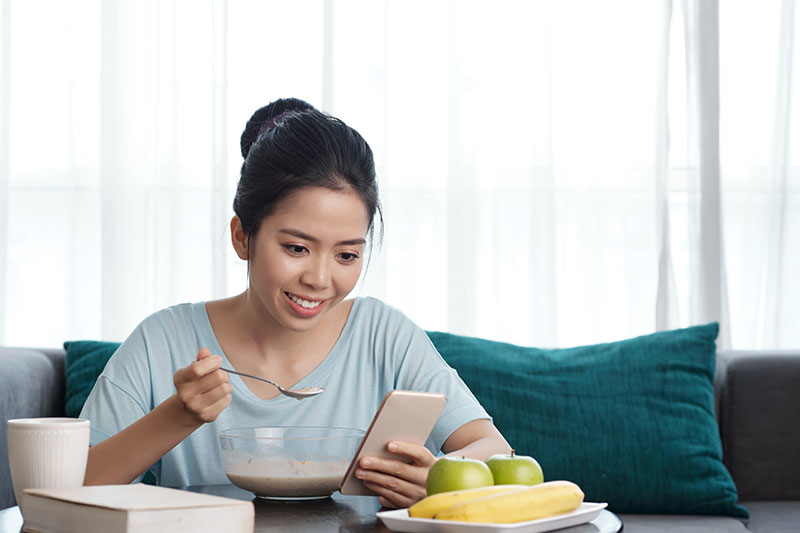 Eating alone for the holidays? Sounds a little sad … and yet, it’s increasingly the norm, due to a confluence of several shifts in the way people live, the most obvious being the rise of single-person households and an overall cultural acceptance of the fact that today eating alone has become an occasion for catching up with email, social media or a good book. Rather than lament time spent alone, people are starting to embrace and even feel empowered by it.

It’s certainly true that, historically, eating by yourself was viewed as a sad affair. Sitting alone in front of the television with a single serving of macaroni and cheese and a pile of peas, people were not proud. A meal eaten alone meant social isolation and separation from a cultural norm that called for meals to be focal points of both eating and connecting. To be alone was to miss out.

Not anymore. In an article titled The Pleasures of Eating Alone, The Wall Street Journal cites Hartman Group CEO Laurie Demeritt, who says, “It’s really not that sad on a lot of those solo-eating occasions. A lot of people we talk to say, ‘I love eating alone because I can eat whatever I want.’”

In the article, Laurie further describes “how household challenges, like different schedules, account for the biggest reason people eat alone. But nearly one-third of people say they eat alone for personal pleasure, particularly millennial consumers, she says. Further eroding group dining: smaller, more frequent meals; the increasing acceptance of eating in the car or at a desk; the companionship of a smartphone and even the thrill of a moment’s solitude.”

To summarize, modern realities and values that have helped make eating alone more enjoyable include:

Also, eating alone isn’t just an adult thing: our Gen Z 2018 report found that due to hectic family schedules, kids and older teens are often home alone, preparing and eating their own foods. They often have whole sections of the pantry that belong just to them. These items have been specifically requested and occasionally even directly purchased by teens and are not meant for others in the home to consume.

CPG brands are noticing the trend toward eating alone and are adapting portion sizes and products accordingly: Kraft Heinz has been rolling out individual packages of Philadelphia dips with chips for several years, and Tyson introduced Jimmy Dean Protein Packs in 2018.