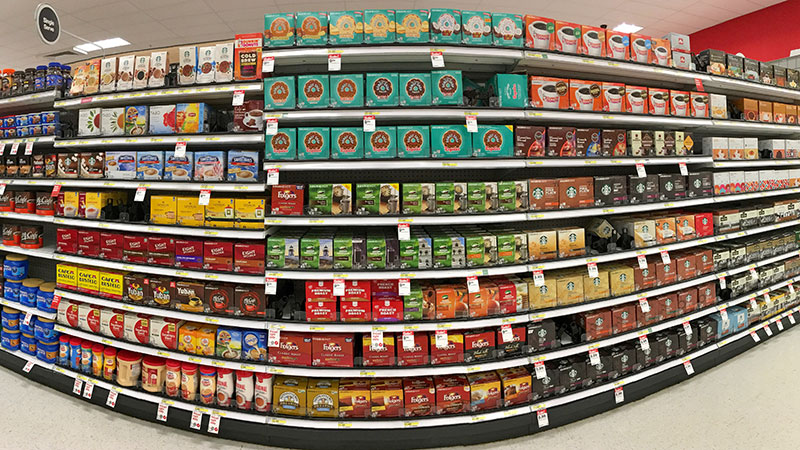 Within rising consumer interest in the topic of climate change and global warming, carbon labeling and the notion of a brand or product’s carbon footprint are also increasingly on the radar of engaged consumers.
CNN Business describes in a recent article how while no country currently requires carbon labeling, the practice has wide consumer support. Many global brands, including Quorn and Oatly, are leading the way for carbon labeling and transparency around emissions more broadly as tech-forward innovations are addressing the logistical barriers of tracking emissions throughout the supply chain. Meanwhile, a major consumer barrier even beyond general consumer awareness is understanding the scale of emissions and what such carbon labeling may mean, especially relative to other products or services.
To help remedy the gap between awareness and understanding, Felix, a Swedish food company that documents its products’ greenhouse gas emissions on its website, recently created more awareness around the carbon footprint of food — and, importantly, the relative scale or impact of each product — via a two-day, climate-themed, pop-up shop in Stockholm. Rather than a monetary budget, shoppers selected grocery items for a week based on the “carbon dioxide equivalents” of various items.
Here in the United States, consumers are showing increasing interest in the topic of carbon reduction: our Sustainability 2019: Beyond Business as Usual report found that among 22 different potential definitions of what sustainability might mean to them, 35% of consumers cited “reducing carbon footprint” as a potential definition (ranked sixth and up 9 percentage points from our 2013 sustainability study).
Carbon labeling aligns with consumers’ expectations for companies (especially large businesses) to do their part in combating climate change — both in reducing a company’s global impact and being transparent about where they are on their journey. But labeling is just the first step in enabling consumers to make informed decisions. Understanding, documenting, and ultimately reducing the environmental impact of the food system is a huge undertaking for producers and consumers alike.
While cloud-based software, blockchain, and other technological advancements are allowing companies to track their emissions and other environmental impact, the trend is still nascent. But as the trend grows, even the most engaged consumers may not feel equipped to interpret this new type of information. Felix’s creative take on carbon “spending” is an inspiring move in the right direction by providing a scorecard or rubric for environmentally minded consumers to grade their food choices — and companies’ actions.
More information:
Newsletter: COVID-19: The Disruptive Force That Defined 2020. What We Will Explore in 2021
Report: Sustainability 2019: Beyond Business as Usual
Newsletter: What’s Beyond Organic? Regenerative Agriculture and Soil Health May Provide a Glimpse
Newsletter: A Decade of Consumer Understanding: Looking Beyond Buying Local