Will Consumers Get Picky About Plant-Based Foods? 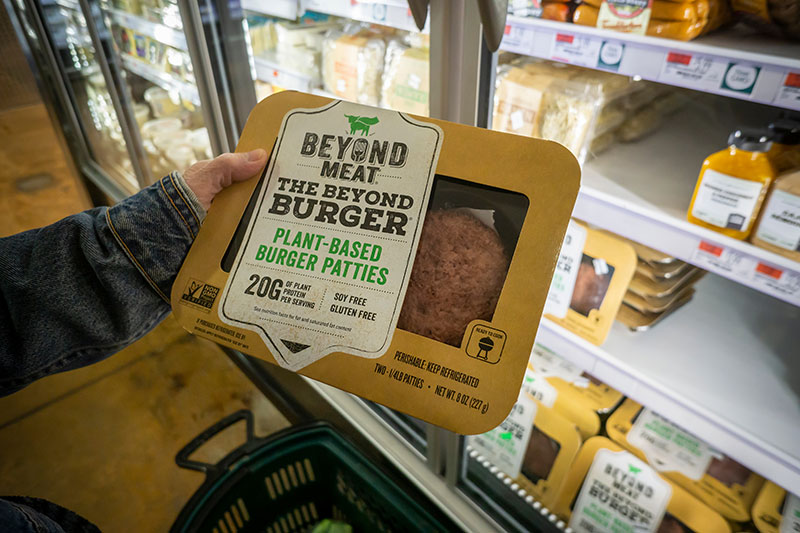 More than a passing fad, the appearance of Burger King’s plant-based “Impossible Whopper” and the increasing variety of plant-based and alternative protein options available in grocers’ dairy and meat cases highlight the notion that such products are no longer a niche lifestyle choice but a prominent feature of mainstream food culture.
Consumer demand is widespread, and not just for reasons linking to sustainability or vegetarian-diet goals: The Hartman Group’s Food & Technology 2019 report finds that over half of consumers (51%) say they’ve purchased plant-based milk, dairy, or meat alternatives in the last three months — among them, less than half of plant-based purchasers today (41%) think of themselves as people who are limiting meat, and one in five actually describe themselves as carnivores. Furthering the insights on the complexity behind plant-based buyers’ diets, only 12% of plant-based purchasers describe themselves as vegetarians, while 41% of them describe their eating styles as “omnivore.”
Whatever motivates their purchases, as consumers learn more about plant-based products, expect them to ask more questions. Scrutiny of plant-based protein is one example. Speaking earlier in 2019 at a trends and innovations seminar sponsored by Sosland Publishing and Food Business News, The Hartman Group’s Shelley Balanko, Ph.D. said, “Not everything plant-based is going to get a pass. They will start scrutinizing those ingredient labels and thinking very critically about the source of the proteins and the trade-offs. If you’re doing plant-based, you’re going to have to up your game.”
Echoing these sentiments, Whole Foods Market co-founder and CEO John Mackey recently told CNBC that “the [brands] who are capturing the imagination of people — and I’m not going to name these brands because I’m afraid I will be associated with the critique of it … but some of these that are extremely popular now that are taking the world by storm, if you look at the ingredients, they are super, highly processed foods.”
According to our Food & Technology 2019 report, people believe that consuming plant-based alternatives to dairy and meat is becoming part of a mainstream narrative of what it means to “eat better.” For some consumers, this is an uncomplicated equation: “plant-based” means more vegetables, more natural, less processed eating. However, for those more engaged with the plant-based category (and with the world of health and wellness), there are clear compromises to eating plant-based analogues as many do bear the hallmarks of “processing,” particularly long ingredient lists and a reliance on highly commoditized crops like wheat and (potentially GMO) soy.